BUSINESS OF THE MONTH 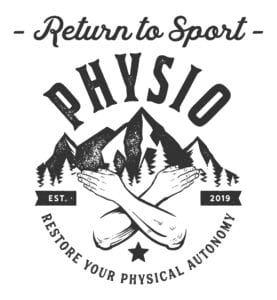 Physical therapist Dereck Steffe has a unique approach to working with patients. He specializes in working with active people who want to resolve an issue that is causing pain or limiting their ability to perform at their best in their chosen sport, whatever that is. “I treat the full spectrum from the 12-year-old soccer player with a sprained ankle to an 83-year-old birder who wants to be able to get out and walk,” he said.

He has been a personal trainer since 2002, and is an avid outdoor enthusiast.

“I ski, hike, bike and do yoga, all of which is reflected in my practice and my approach to treating people,” Dereck said. “I look for the underlying cause of the problem—complex movement-based dysfunction, over-training, or simply adding existing stress to hard-core exercise.”

He began his PT career in various clinics where he saw multiple patients in an hour. He envisioned a different kind of practice—one that allowed him to give each patient lots of personal attention. He founded Return to Sport Physio and developed his model of one-on-one treatment sessions specifically for active people dealing with chronic pain and injuries, rather than post-op patients.

Dereck sees only three to four patients per day, which gives him the luxury of spending more time—an hour to an hour and a half—with each one. The rest of the time, he is researching and developing programs for his patients’ recovery.

“I want people to be able to listen to their bodies. If they get up and run that day, I encourage them to take some time to reflect on how they feel. What is your body versus your intellect telling you? They need to adhere to exercises they performed while seeing me, but really I want them to reflect on how they feel and prescribe their own fitness routine that day,” Dereck explained. For this reason, he says the model he’s created is well-suited to people who are willing to take charge of their own health and fitness.

Dereck was born in the Midwest and lived on the West Coast for a time. He relocated to the East Coast to be with his then girlfriend, now wife, Marnie. He got his Doctor of Physical Therapy at New York Medical College and opened Return to Sport Physio originally in Westchester County, New York. His family grew to include two daughters.

When Dereck and Marnie discovered that their younger daughter has dyslexia, they went in search of a school for her and ultimately decided on Vertical Skills Academy in Evergreen. This prompted the family to relocate, and Dereck relaunched Return to Sport Physio here in August 2019.

“I endeavored to set up the same practice I had in Westchester County six months before COVID hit. I took a sabbatical and opened again late summer 2020,” he said.

The office is a former yoga studio in the U.S. Bank building—just one big room. Dereck does everything. “I’m the receptionist, I take out the trash and I do the marketing.”