Okay. This mild snow-free weather has gone on long enough. At first it was a pleasant arrival… the neverending summer. But now we are starting to worry… wildfires in December? Clearly drought conditions. If you are prone to worrying, I don’t want to change your cherished behavior. But, I am here to tell you that we have been here before, and in the past it has all worked out. Nature does indeed run in cycles—not that that guarantees anything.

The first recorded Colorado drought occurred in 1890 (since classified as severe) and was followed by the very wet winter of 1891. So goes the pattern until the present day.

In more recent times, the severe winter drought of 1976-1977 sent shock waves through Colorado’s economy as ski areas shut down and reservoirs emptied. Then Governor Richard Lamm convened a special council of experts to assess the crisis. Right on queue the winter of 1978 disbanded the special council and put a stop to everyone’s worrying.

Interestingly, 1977 was my first winter in Colorado and I have no memory of this crisis. Apparently, I was gleefully oblivious skiing one of the mountains that did not shut down.

Once again, the winter of 1980-1981 saw a severe snow shortage. Still, Governor Lamm reconvened his council of experts. This time, the Colorado Drought Response Plan was quickly approved and established drought as a major natural disaster in Colorado.1 This was my first awareness of monitoring winter snowpack.

After a 20-year period of relatively normal winters, the mother of all droughts occurred in 2002. This one is hard to forget being followed by the mother of all snowfalls in March 2003. By the summer of 2002, the water quit running over the dam at Evergreen Lake. The Evergreen Metropolitan District began issuing alarming warnings to conserve water. My inside contact at the District said, “Doug, we only have about two months of storage in Evergreen Lake.” I never did get a clear-cut answer to the obvious question, “What do you do then?” Evergreen Metro is welcome to correct me if I am wrong, but I believe that the District has no alternative source of water to that within Evergreen Lake.

I was kind of glib earlier about people who worry too much, but I have to say that the summer of 2002 spawned a lot of justifiable worrying in the community.

So, when a summer thundershower caused the water to flow over the dam, I ran down there and snapped a photo of the joyous event which ran on the cover of the August issue of Serenity.

The end of this story is, of course, the never-to-be-forgotten blizzard of March 2003. I was one of the lucky ones in that I never lost power and I had stashed a lot of firewood inside my cabin. So, I spent a warm and cozy four days by the fire while my cabin got buried to the roof.

Now, I am not predicting another blizzard the likes of 2003. But, if our neverending summer continues, there is that pattern…

With a master’s in electronic engineering, Doug worked for major companies in that field before switching to real estate for 12 years. From that experience, he hatched the idea for Colorado Serenity and never looked back. Over years past, Doug filled his spare time with mountain climbing, skiing, cycling and programming. Now, he fills his time working with his longtime girlfriend and now fiancée, Serenity editor Holly Jorgensen, making Serenity the best it can be while occasionally running off to favorite Colorado hideouts. 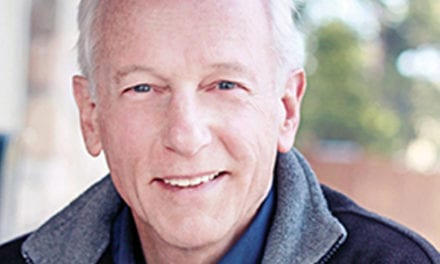