Penny handed over several napkins to the patron at the bar who had slopped his beer onto the countertop… again. She knew that difficult customers were part of the bar and restaurant scene, but she couldn’t help but have her favorites. This guy was not one of them. The book club ladies, however, who came in on the last Wednesday of the month were the best—funny and smart. And the real estate meetings never failed to be entertaining. Real estate agents were a breed of their own, God love ’em. Even the regular groups of retirees were a welcome sight. And tourists were her bread and butter.

She shouldn’t complain, really. This business was her dream—her second chance at life. After the divorce—which was textbook, as financially ruining and emotionally draining experiences go—she needed a do-over. This restaurant and bar became the path to her new life. New town, new business, even a new name—anything and everything new was what she was after. The name part was especially important. Up until a year ago, she was Penelope Esmeralda Rodriguez-Pazzano. So, what’s in a name? She grew up Esme Rodriguez—the green-eyed blonde girl with the Spanish name. Ten years ago—make that 11—she added the Pazzano on the occasion of marrying the very handsome and very toxic Marco Antonio Pazzano. When they divorced, she wanted to keep only two things: her married name and Gus, the cat. Her reasons for keeping the cat were simple: he was a feral creature she made tame with patience, warm saucers of milk, and the promise of shelter… and she loved him beyond measure. Her reasons for keeping her married name were more complicated. For one, she believed that choices (mistakes) were meant to be remembered; and second, she liked the sound of it paired with her actual first name. Penny Pazzano sounded like a fun person to know. And with what she’d been through, she was ready to be the carefree and fun-seeking person the name suggested.

It was getting late, and the beer-spilling guy was hailing for another drink. Why not? He was downing them fast, so she was fairly sure she could still close on time. It was a lunch and dinner restaurant after all, not a nightclub. Being open from 11:30 am to 10 pm was adequate open hours as far as she was concerned. And, for the most part, she handled the whole thing with minimal help. It was a godsend that there was an apartment upstairs where she could flop at the end of each day, her purring cat on her lap. And without the distraction of a philandering, lying, rat-bastard of a husband, Penny found that she enjoyed the long hours and hard work.

“Lucky Penny’s,” the guy said when she brought the beer. “Where did you get that name?”

“Well, if you really want to know, it’s my name, and I got it from my grandmother who taught me how to cook and who shared all her best recipes, which are on the menu, if you ever cared to order anything besides beer.”

“Haven’t you heard… ” he said with a slight slur, “that drinking a beer has all the nutrition of a pork chop?”

Penny shook her head. “Leave it to you, Ed, to think of that.”

He raised his glass. “What about the Lucky part?”

“So, you’re a good luck charm?” he said, grinning.

“My granddad thought so,” she replied, “and it never hurts to have a little luck on your side.” She checked her watch. “Hey, Ed, it’s time for you to go home. It’s 10 o’clock and I need some sleep.”

He looked around the room, realizing he was the sole patron. It was a Tuesday night, her slowest, and he was the only thing keeping her from a warm bath and lounging in her pajamas upstairs.

“Okay, okay,” he said, downing the last of his beer. “I’m outta here.” He rose from the stool. “You gonna give me a goodnight kiss?” he teased, puckering up.

“Keep dreaming, Ed,” she teased back. She followed him to the door. “Luck is not on your side tonight.” She patted his arm. “You be safe out there,” she said locking up behind him and flipping the sign from Open to Closed. Ed turned and waved before aiming toward the sidewalk to walk the short distance to his house.

Penny sighed. Turning out the lights, she headed up the stairs to her cozy apartment. At the sound of the lock turning, Gus ran to greet her at the door, weaving his slim body through her legs. She scooped him up. “Well, hello, kitty face,” she cooed, kissing his head. “Did you miss me?” He meowed. “You’re hungry, aren’t you?” she said, aiming for the kitchen. It was a small space, but perfectly functional. She poured kibble into his bowl and placed it on the floor. “There you go, sweet kitty.”

She reached into the refrigerator and pulled out a small pink box. She opened it on the counter to reveal a perfectly decorated, oversized cupcake, luxurious in its swirled frosting and wedge of chocolate. The rich aroma made Penny sigh. Gus looked up from his meal. “It’s raspberry dark chocolate,” she said. “Isn’t it pretty?” He went back to crunching his kibble.

“It’s my special birthday treat,” she explained. “Did you know it’s my birthday?” She looked at Gus. “No? Well, you’re not alone. No one knows.” She took out a plate, placed the cupcake in the center, got a fork from the drawer and poured a glass of milk. “Just add it to the list of my deep, dark secrets.”

She gathered her treat and headed to her favorite chair in the living room. “Happy Birthday to me!” she said in a sing-song voice, savoring her first bite of celebratory deliciousness. 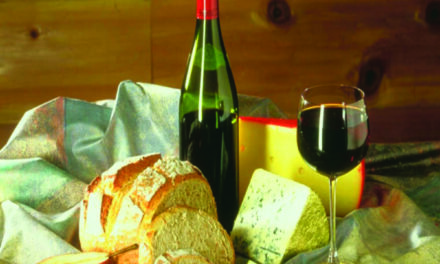