Recap of Chapter 5: Decorating for Christmas, Penny was missing her dad, wishing they could be together for the holidays. She recalls how unnerved she was when she came face-to-face with a beautiful man and what a complete idiot she’d made of herself in his presence. But at the end of the day, he sent her a message she couldn’t ignore.

The message couldn’t have been more perfect. “After meeting you at your restaurant, I couldn’t quit thinking about your smile. Is there any chance at all that you’d agree to go out with me? I’m thinking somewhere that you don’t have to do the cooking or serving. If you’re interested, give me a call or email back.” And he left his number in the message. Penny smiled. Of course she was interested. She took a breath and typed. “I have Tuesdays off. Would you be interested in a Tuesday night date?”

She was taken aback when he answered immediately. “Well, hello, Penny. Great to hear from you! Yes, for Tuesday, but I’d rather have an afternoon date. If you’re willing, I’ll pick you up at 2 pm at your restaurant. Dress warmly.”

Penny was intrigued. What did this handsome Matt R. have in mind?

It felt like forever for Tuesday to arrive. Penny had debated what to wear. Dress warmly implied they’d spend some time outside. Luckily, it was cold but not arctic cold, so she had way more options on what to wear. That was the problem. By noon on Tuesday, she had amassed a pile of outfit discards on her bed, none of which she deemed cute enough for this first date. How to look casually stylish without looking like someone who was too high-maintenance. She finally settled on jeans with fur-lined boots, a white sweater and a fitted down vest in a cheery red color. A wheat colored hat with a fur pompom and gloves tucked into her vest pocket topped it all off. She wore her hair down, which looked best with the hat. Light makeup and pink-tinged lip gloss rounded-out the look. Penny was relieved when she saw him downstairs, dressed similarly. He was wearing a sherpa-lined flannel jacket shirt, jeans, Sorels, and was holding a gray turtle fur hat in his gloved hands. He smiled brightly as she descended the stairs. “You look perfect for what I had in mind.”

“About what you have in mind,” she said, grabbing her jacket from the hook where she left it, “is it a state secret, or… ?”

He laughed, “Not a secret, exactly, but I did want it to be a surprise.”

“Okay, I’ll go along and wait to see where we wind up.” She turned to Jesse who was watching discretely from the bar. “See you later, Jess,” Penny called. “Have fun,” he shouted with a knowing smirk. Penny scowled at him playfully.

“Ready?” Matt asked, opening the door. “I’ll have her back at a decent hour,” he said to Jesse—a little joke to ease the tension.

“Make sure that you do, young man,” he played along.

And then they were in the car, she and this astonishingly handsome man, heading toward Morrison. Penny was very familiar with the winding road that hugged Bear Creek. Matt made easy conversation about the restaurant—when did she open it, how did she like it, what inspired her to be a restaurateur? She answered truthfully, but kept her answers short. She’d rather talk about him—what brings him to town, is he nice to his mother, does he wake up looking like that? She was just getting ready to shift the conversation to him, when he turned into the drive that she had passed many times. She gave him a look. “Do you live here?” she asked, intrigued.

“Not exactly,” he admitted, but I do spend a lot of time here. He pulled the car up to the stone house. Penny couldn’t help but to smile. She had always been curious about this property—dying to have a peek inside—and here she was, invited to the grounds.

“I have been hired to renovate this property,” Matt said, “and it’s an extensive job. That’s what I do, by the way, woodwork and general contracting. I’ve been all over the grounds and have finally settled on my favorite spot.” He stood on the lowest stone step and offered his hand. “That’s what I wanted to show you.”

Penny was pleasantly surprised. As they climbed the stairs, she stopped every few steps to look at the view—the greens that followed the curve of the creek, the stone benches and the beautiful home with its mullioned windows. It was chilly on that shaded property, and she was glad for the gloves she’d tucked into her pocket. When they reached a landing, Matt veered onto a stone path that led to a gazebo.

“This way,” he said, holding her gloved hand in his. He led her into the gazebo where he had set up an intimate dining spot. There was a metal table and two chairs with blankets draped over the backs. Atop the table was an old-fashioned wicker picnic basket.

He pulled out a chair, “Your seat, Miss.”

“I’m glad you think so,” he said, pleased. “The cuisine is nothing fancy, but very suited to the atmosphere.” He opened the lid of the basket. First, something to drink, he said, pulling out two wine glasses and a bottle of red wine. He poured for each of them. “Next, we have an appetizer of warm soft pretzels and beer cheese sauce.” Penny smiled. “Yum!” she said, watching as he pulled them out of an insulated bag and arranged them on a plate he extracted from the basket. “For the main course, we have spuds,” he said, pulling out tinfoil-wrapped potatoes, “and my famous homemade chili to pour over them.”

Steam wafted into the air, letting loose an aroma that made Penny’s stomach growl. “Wow!” she exclaimed. “This is some spread! I have to say, I am impressed.”

“And you haven’t even tasted my chili yet,” Matt said, taking a seat opposite her.

“So, you renovate houses and make signature chili,” she said, dipping a salted pretzel into the cheese sauce. “What other mysteries should I expect to uncover?” Matt was busy arranging potatoes into wooden bowls and smothering them with chili. He uncovered the lids to several small glass containers revealing an impressive array of chili toppings. He gave her a questioning look and she nodded. “Yes. Yes to all of them,” she said happily.

“Ah, a woman who isn’t afraid to eat—I like that!” he said, spooning out peppers, chopped red and green onion, black olives, and bacon bits. He sprinkled grated cheese over the whole thing and handed it to her, along with a bandana napkin roll containing a fork and a soup spoon.

“This is a fantastic and surprising spread,” she said, dunking her pretzel into the steaming chili. “How did you know I’d like all this?”

Matt laughed. “I didn’t,” he admitted. “I took a chance. But, based on the menu at Lucky Penny, I guessed you might like good ol’ home cooking more than fancy faire.” He shrugged adorably. “I guess I was right.” He gazed at her with cornflower blue eyes and a slight smile.

She raised her glass. “To surprise dates that turn out just right.”

He clinked his glass to hers, “To dates that exceed all expectation.” Penny marveled at the unfolding of events. Here they were, two people just getting to know each other, sitting at a private table overlooking the black waters of the creek that bubbled a song as it rolled over stones and slid under the ice. She was sitting opposite the most beautiful human she’d ever seen, and she wasn’t at all sure how it came to be. But Penny didn’t dare question it. She didn’t want to jinx her good luck. Not today, anyway. 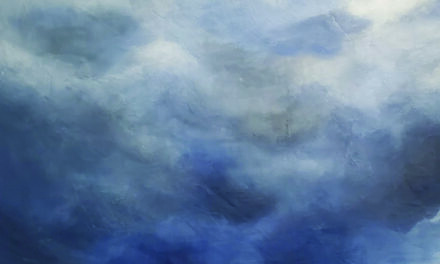 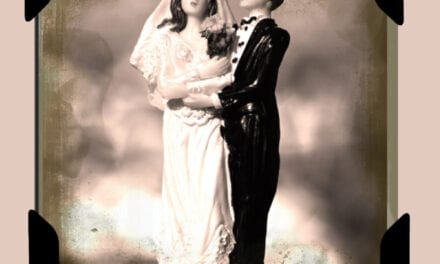 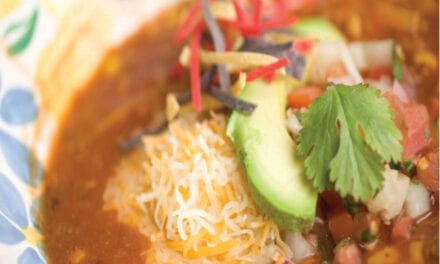