Recap of Chapter 22: Both Jake and Haze are busier than ever with their lives, but still making time for each other. When it was Haze’s turn to cook, she went to a big effort, but Jake failed to show. As panic set in, Haze got a call with the worst kind of news: There’s been an accident.

Haze had just mixed white with a dab of vermillion and yellow ochre to reach the perfect shade of rosy peach when the bell rang… again. Crowley, napping at her feet, lifted his head and cocked his ears in the direction of the doorway. “Yes, I heard it too,” she grumbled, putting the brush down and wiping her hands on a rag. “Coming,” she called, heading for the living room. Crowley shadowed her footsteps, then jumped onto the couch where Jake was sitting, his leg propped up on a pillow.

Jake was wriggling his shoulders and twisting his arm around to reach his back. “I just… can’t… reach it,” he said with his face scrunched up. “Sooo… itchy!”

Haze sighed. “Here, lean forward. I’ll get it,” she said, straightening his t-shirt and scratching his back vigorously.

“Oh, yeah. Right there. That’s it!” he said, sighing. “YES!” He pretended to thump his leg like a dog with a tickle—the leg without a cast.

“Good,” she said, turning to leave.

He picked up the bell and rang it again. “Hey, while you’re back there, could you please beat those pillows into submission for me?”

“The word you’re looking for is ‘fluff,’” Haze said, grabbing one of the pillows stacked behind him. “What you’re asking me to do is fluff your pillows.” She secretly rolled her eyes before pounding and squishing each pillow on both sides before restacking them to his liking: big red one with the Moroccan pattern first, then the teal wool with the tassels, followed by the white Berber lumbar pillow. Finally, for his neck, a ridiculous, horseshoe-shaped travel pillow in an unfortunate zebra pattern. It was a donation from his well-traveled sister. To be honest, they were pretty slouchy and compressed. No wonder he was itchy. “There you go,” Haze said, making small adjustments as he leaned back. She then gently lifted his cast, setting it down on the coffee table so she could fluff that pillow while she was at it. “Is that everything?” she asked, hoping she had bought herself an hour to get some painting done.

Jake looked up at her as she stood by the couch. He was a sight. Written all over his face was the story of what he’d been through. A large bandage stretched across his forehead at an angle, just missing his left eye. Bruises in varied stages of healing were visible on his jaw and temple. His right eye was still a bit swollen and encircled by a purple bruise that was far from healing. His hair stuck up endearingly where his scalp had been stitched, and his left arm was in a sling. Add all that to the hip-to-toe cast on his leg and one couldn’t help but to have sympathy. Haze’s expression softened as she stroked his cheek. “You poor thing,” she said for the hundredth time.

“Yep! The way I see it, I’m a lucky man. See, I get to sit around all day being tended to by a beautiful woman.” He reached for her hand. “I have good company,” he said, nudging Crowley with his good knee, “and I have entertainment.” He pointed to the stack of magazines and books on the table. “Not to mention,” he said, straining forward to reach the table, “I get to work on my core and flexibility all day.” He flopped back onto the pillows, panting from the effort.

“Sounds like you lucked out,” she said, smiling. “You lucky man, you.” There was no truer statement—he was lucky. It was all well and good to make light of the situation—to hide the pain behind a joke and a smile—but the truth was that just over three weeks ago, he narrowly escaped death, and the terror of it all could not be far from his mind. The whole traumatic experience consumed Haze’s thoughts, and she wasn’t anywhere near the scene when the accident happened. It was an elk—that stupid animal—that stepped out into the road, oblivious to the havoc that would ensue. Jake swerved to miss it, over-corrected and tumbled down the ravine at Genesee. He remembered rolling three times, but it could easily have been more, considering the steep drop and that he must have lost consciousness at some point. When finally the motion stopped, there he lay, unconscious, broken and battered, trapped in an upside-down vehicle, its wheels spinning to a stop. The first time he opened his eye, he saw broken glass crumbled on the seat next to him. Disoriented and in a great deal of pain, he fell unconscious again. The next time he came to, he saw blue and red lights and felt a rolling sensation as he was being loaded into an ambulance. After that, there was surgery on his leg, broken in three places, and his many injuries tended to. It wasn’t until he was in surgery that Haze got the terrifying call from Jessica.

When Haze came tearing into the hospital, Jake’s condition was unknown. All they could tell the family was that he was in surgery. And so they clung to hope and each other in the waiting area, eyeballing the swinging doors, desperate for good news. When finally the surgeon came out and announced that Jake would recover, relief came in whoops and sighs, tears and shouts of joy. The surgeon made an effort to temper the good news by interjecting cautions, and warning of reasonable expectations, the long road to recovery, etc., but no one heard. They were too busy hugging and celebrating. Later, when Jake was moved to the ICU, Haze was finally able to see him. She couldn’t have known that the sight of him would be so shocking that she would forever be haunted by the memory. He looked so small and helpless in that bed—so changed. Connected to monitors and IVs, his leg elevated, Jake appeared still, almost lifeless. In that moment, Haze was relieved that he was asleep so he wouldn’t witness the sheer terror on her face or the tears rolling down her cheeks. Biting her lip to hold back sobs, she cautiously approached the bedside and reached out to touch Jake’s fingers. One eye fluttered open momentarily before he grimaced and groaned. The nurse made an adjustment to his IV and he went back to a sedated sleep. “He’ll be in and out for a while,” the nurse said sympathetically, patting Haze’s shoulder. “And thank goodness for that.” 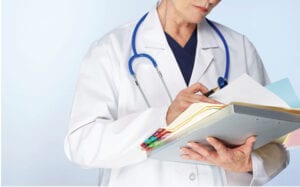 Snapping back to the present, Haze realized that while she was lost in thought, she had sunk to sit on the floor next to Jake and he was stroking her hair while he thumbed through a gardening magazine. He was speaking as if they were in the middle of a conversation, but she had no clue what it was about. “See, this is what I’m talking about,” he said, excitedly, flipping the magazine around. “Sustainable gardening. It’s the perfect combination of eco-friendly practices and a boost in productivity. It’s all in the planning…. ”

It sounded a lot like “blah, blah, blah… ” to Haze, who drifted into her own thoughts again. This time, she pictured Jake in the garden on a crisp fall day. In her mind, his leg was healed, and he moved easily through the raised beds. No walker, no crutches. His arm wasn’t in a sling, his eye was no longer puffy and black and blue, and he was smiling that crooked smile of his, holding out a head of lettuce for her to take. She smiled.

“See, you’re smiling,” Jake said enthusiastically. “You get it. It is a good idea to turn that sunny patch of yard into a garden. We’ll do it in the spring.”

Haze was confused. What did he say? Did I just agree to something? Then she shrugged, her expression changing from concern to relaxed. What did it matter? If Jake wanted to do something, there was no doubt it would be a good thing for both of them. A wave of gratitude swept over her. This is reality—Jake broken and healing slowly—but only for now. Eventually, her daydream would become reality and for the next few months, her job was to take care of the man she loved to make sure that happened. She glanced at the clock. “You getting hungry, man of my dreams?”

“Definitely,” she said, kissing him. “But I might have to hide that bell.” She snatched it up. He tried to grab it first, but she was quick, and he was compromised.

“Couldn’t I?” she said teasingly.

“Nope. You wouldn’t withhold bell privileges from the man of your dreams.”

She pretended to think it over. Then she said, “You’re right,” and kissed him on the cheek. She handed it back. “Just don’t abuse your bell privileges.”

Haze headed to the kitchen. Lost time to paint was forgotten. Also forgotten was the hassle of taking care of someone who was helpless and in need. Frustration and impatience were replaced with gratitude, love and a clear picture of the future.

“Wow!” she remarked. “You’re really pulling out all the stops, aren’t you?”

The puppy squirmed and Jake put him on the ground, where he plunged his nose into a pile of bark.

“Seriously, Haze. Why not bring this guy into your life? He’d keep you company and protect you at night.”

“Oh yeah, he looks like a regular guard dog,” she giggled, as the puppy lost his balance on a little hill and rolled over onto his back. “What kind is he?”

“Well, like I said, he’s brand new here and we don’t know much, but the best guesses are that he’s part Golden Retriever—that’s because of his fur and snout, but if you can get him to look at you, you’ll see his eyes are two different colors. Those are more Australian Shepherd or Husky traits.”

Haze stuck her hip out and crossed her arms. “How big will he get?”

“My guess is that he’ll top out at around 50 pounds, so not too big.” He crouched down and the puppy galloped over with a floppy gait, putting his front paws up on Jake’s knees.

“I like him too. That’s why I thought of him for you. You work from home, so you’d have the time to train him and bond with him. I’m heading into my busy season and I won’t have the time to take care of him.” He wrestled the puppy onto his back and tickled his belly. “This guy deserves a good home with a wonderful person. So, I thought of you.”

Haze sat on the grass next to Jake. He put his arm around her. “Well? What do you think?” he asked, giving her a nudge.

She thought of her peaceful morning in the quiet tranquility she’d created for herself in the little house by the lake. Introducing this pint-sized, yet-to-be-named, four-legged hurricane into her home would bring her peaceful atmosphere to a crashing halt. That was a lot to give up. As if by cue, the puppy crawled over Jake’s leg and curled up in her lap. He yawned a big yawn with his tongue out, then curled into a ball and went to sleep. It was a done deal.