It’s there in your garage. It expands and contracts, just a little, with every shift in humidity like a living, breathing creature. It may be in your house, too, in some closet, pantry or cupboard, more than likely in the attic. It may hold your long-forgotten love-letters, or perhaps it’s at your front door now with the latest delivery. At one time in your life it probably held almost everything you owned. You just cannot live without corrugated cardboard these days and it’s been put to use in all kinds of structural forms, but still its major use lies in the ubiquitous shipping box. Everyone knows what it is and everyone has it somewhere, but who invented it, when, and for what need?

Like many things, the idea for corrugated cardboard was not born whole, but was arrived at by a process of successive developments over the space of almost two decades. The first related patent was issued to two Englishmen in 1856, Edward Healy and Edward Allen: a patent for “pleated paper,” which they produced on an adapted, hand-operated machine looking rather like the clothes mangle or wringer, familiar in former days to washerwomen, but provided with fluted rollers. The fluted paper was used as a lining to improve the strength and comfort of top hats and also in suitcases.

The next development came in 1871 when a patent, numbered US122023A and titled “Improvement in Paper for Packing,” was issued on December 19 to an American, Albert Jones, of New York City. He claimed a corrugated, crimped or bossed material “so as to present an elastic surface” for the packing of vials or bottles, though it was not limited to those. The patent also claims and illustrates a packing box made from the same, though doubtless that would have been very difficult to actually produce. He used the corrugated paperboard he produced to wrap glass bottles and kerosene lamp chimneys, replacing the fabric or sawdust crate filling formerly used to protect them in transit. The first machine to produce the product was built by a man by the name of Smyth in 1874.

In August that same year, another patent on the subject was issued to Oliver Long, again of New York, for “Improvements in Packing for Bottles,” US154498A. As well as the “bottles” in the title, the patent also cites “glassware, china and other fragile materials” as applications. There is a wordy description of his production process, which includes this sentence: “I next, according to requirements, paste, glue, or otherwise attach to the fluted paper, strips or sheets of plain paper one or both sides.” This almost throwaway mention of paper on both sides is widely taken as being the original source of today’s corrugated cardboard, even though the illustrations in the patent only refer to a single paper-sided product.

Meanwhile, a serendipitous event occurred that was to intersect with the development of corrugated cardboard and helped to ensure its future for packaging. In 1853, at the age of 14, a Scot named Robert Gair moved to Brooklyn. Later, having served in the Civil War, he returned to Brooklyn and started a company making paper bags. A decade later saw him a successful businessman and leader in the paper goods industry. One day in 1879, so the story goes, his machinery was making seed bags when a metal straightedge used for creasing the bags came adrift unnoticed and ended up cutting bags instead of creasing them. Gair was, by this time, very experienced in his trade and an entrepreneur to boot and it dawned on him that he could crease and cut paperboard at the same time to mass-produce the pre-cut shape of a collapsed box. Such flat shapes could be quickly assembled into a box and be much more affordable to produce than the handmade boxes in use. That same year, he patented a machine that made folding boxes from paperboard. By 1896, he was making two million boxes for the National Biscuit Company, now Nabisco! While this was a different market from corrugated paperboard, it meant the technology was ripe for exploitation when corrugated cardboard did begin to open up another market for boxes.

Gair acquired Oliver Long’s patent sometime before 1878, while a new entry to the saga, Henry D. Norris, acquired the Jones patent. At about that time, Robert H. Thompson was manufacturing a cork or shredded paper-lined packaging material in New York and, in 1875, he and Norris formed a company to develop the corrugated material. The stage was therefore set for a legal battle between Gair and the Thompson & Norris Company over the validity of their respective patents, which took place in 1878-88. A compromise settlement was reached, which may have been forced upon the contenders by the discovery of the 1865 Healy and Allen prior art. Under the settlement, Gair recognized the validity of the Thompson & Norris patent and in return received manufacturing rights on a royalty basis.

The agreement freed Thompson & Norris to work on production machinery, but the product was still focused on interior packaging and it was not until around 1890 that the idea of making actual containers seems to have arisen. The company produced the first mechanically driven machine to add a paper to each side of a fluted paper interior and opened the first production plant at a factory in London in 1893, making the very first corrugated cardboard boxes as we know them today. Plants in Germany and France followed in subsequent years.

Presumably, the corrugated material was also being produced at this time by the parent company in New York for interior packaging, as suggested by the ad illustrated, and the first mention of actual boxes is their introduction in the U.S. in 1894. By early in 1895, they were being glowingly evaluated by Wells Fargo and it is unlikely that the company was the only client. These were in fact cheaper, lighter, and easier to store than the former wooden boxes and no doubt the Wells Fargo report and introduction made good PR, but Wells Fargo carriers doubted their strength and toughness, and it took years before their beneficial attributes became generally accepted. However, from the beginning of the 20th century, they quickly became generally accepted as a useful, durable product.

Nowadays, between 80-100 billion corrugated boxes are produced in the U.S. each year and about 75 percent are recycled. Corrugated cardboard can now be made 100 inches wide at a speed of 1,500 feet per minute. The world record for speed of cutting box blanks is held by Mitsubishi Industries at an incredible 400 blanks per minute. E-commerce has fueled an ever-higher demand for boxes, Cyber Monday being the busiest online shopping day of the year. Actual figures for Amazon’s operation are hard to come by, but it’s known that Amazon shipped 27 million items on that day alone in 2012. Later this year, when Amazon begins to make deliveries by drone, as they intend, chances are, it will be the humble corrugated cardboard box developed by the collision of ideas over decades that will be dropping from the skies into your backyard. 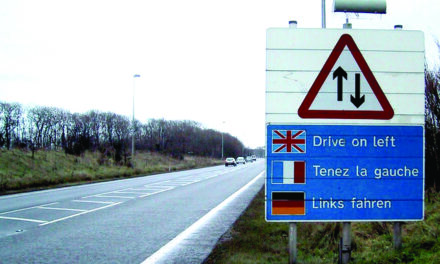 Strictly for the Birds Part 2: Something to Crow About 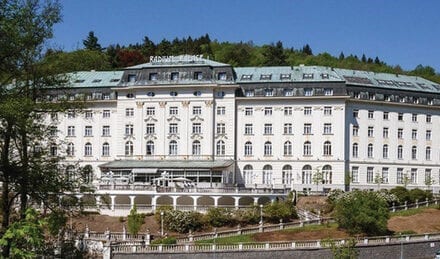