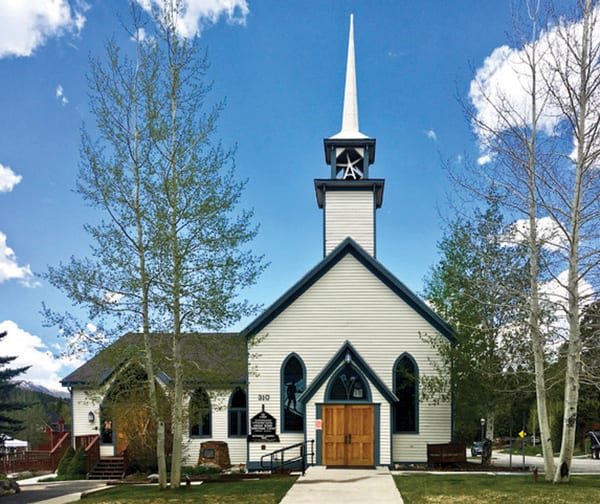 “Father” John Dyer was worried about his eldest son, Joshua, who had gone missing in the Civil War. Elias was still in Colorado, probably working the mine he had acquired in Iowa Gulch, not far from present-day Leadville, in which his father had a half interest, though it never paid well. John Dyer knew his youngest son had lost a foot in the war, but the last heard of Joshua was that he was sick and almost starving in Wilmington, North Carolina. In December 1865, Father Dyer resolved to travel east to visit his relatives in Minnesota and try to find out more information. At the time, Indians were making the journey difficult, but he eventually arrived there only to learn his son had been shipped from Wilmington in a steamship that blew up off Cape Hatteras, cause unknown.

Never having had a vacation, Dyer decided to visit the great eastern cities while he was there and was unimpressed: “I had my fill of the East… so that I never wanted to go (back) to visit or acquire a home.”

By April 1866, he was back in the West and was sent by the Methodist hierarchy on circuit to New Mexico, returning to his beloved mountains after two years absence. On November 7, 1870, having been a widower for over 20 years, John Dyer married Lucinda P. Rankin of Cherry Creek. In his autobiography, he says nothing of his married life beyond that he and Lucinda were happy. They lived in various places, as his circuits changed, until Dyer was 73, when he gave up circuit riding after a stint on the Breckenridge circuit.

The original Lake County encompassed much of Colorado Territory, and it was in the southern part of that area (now Chaffee County) that the Lake County War occurred. It was not a war in the accepted sense, but an extended period when law and order broke down and vigilante justice ruled. It was to test Dyer’s faith more than any of the privations and disappointments he had previously encountered. It began simply enough: a newcomer to the area, Gibbs, had tied his team of horses near where a group of men were threshing. The group of established residents, with a man named Harrington, took it upon themselves to use the horsepower thus available without recourse to its owner, to which Gibbs profanely objected when he returned. This caused bad blood between the men, which was further escalated when Gibbs and Harrington came to blows over some land and a watercourse they both had an interest in, though neither was hurt. That night, however, an outbuilding of Harrington’s was set on fire and when he came out to attempt to extinguish the blaze, he was shot and killed.

The finger of suspicion pointed to Gibbs because of their previous disagreements and a party of men gathered and went to hang him. Gibbs had armed friends who protected him, but he submitted to a legal warrant issued against him, was tried, acquitted, and he returned to his ranch. The matter simmered for a time, but one night, the original lynching group went to Gibbs’ cabin and invited him to come out and be hanged like a man. Gibbs, whose wife and children plus a neighbor and her child were also in the cabin, barred the door. The attackers decided to burn the cabin to force the occupants out and Gibbs shot and killed two of the men and wounded a third as they tried to set brush at the door. This discouraged the attackers.

Eventually, the Gibbs family had to move out, fleeing over the mountains pursued by the angry mob. They reached friends and eventually made their way to Denver. The mob grew in size to about 60 vigilantes and took over that part of Lake County, calling themselves “The Committee of Safety” and posting guards on the roads in and out. They questioned many as to whether they thought Gibbs had shot Harrington or not. One of these was Dyer’s son, Elias.

Elias had become Judge Elias F. Dyer, probate judge of Lake County, and he was caught up in the mob’s net. He had known Gibbs since 1860 and did not believe he could have shot Harrington and said so. He was served notice to leave the area within three days and resign his post, but his horse was taken and Elias could not walk through the snow due to an old injury. He was once again hauled up before the Committee, but managed to regain his horse and reached Fairplay, despite knee-deep snow.

Some time later, Elias returned to Lake County and issued 16 warrants for the arrest of the mob leaders, but the mob culture was so strong that they circumvented the arrest warrants, took over his courtroom at Granite and kept him prisoner overnight. He was shot to death by persons unknown early the next morning, July 3, 1875. These words written by Elias during the night are on his tombstone: “A victim of the murderous mob ruling in Lake County… The mob have me under guard. I die for law, order, and principle.” The rule of the Committee of Safety continued another six years. Through his many friends, Father Dyer had the means and knowledge to exert his vengeance on the key individuals of the mob and he wrestled with his conscience many a time over the succeeding months, eventually leaving vengeance to his God.

Winding up the accounts of the Dyer Mine, suspect claims by people connected with the Committee of Safety supported by bills coincidentally amounting to precisely the amount for which he was selling the mine were challenged by Father Dyer pending litigation and hastily withdrawn. Dyer sold his half of the mine to H.A.W. Tabor, who by now had a finger in many pies in the mountains, for $3,000. Two years later, Tabor sold it for $60,000.

In 1879, Father Dyer bought a lot in Breckenridge and gave half of the land to his congregation for the first Methodist church on the Western Slope. His church, now The Father Dyer United Methodist Church, continues to serve the needs of Breckenridge today. Aged 73 in 1885, John and Lucinda Dyer retired to Denver, where he wrote his autobiography, which has become a historical record, not only of the development of the Methodist Church in the mountains, but also of the rough and tumble life and times of the area. He was middle-aged when he reached Colorado Territory, but he must have been fit and strong for he routinely endured privation and many life-threatening events and conditions that today would barely be thought humanly possible. He was a fire-and-brimstone preacher, a larger than life character in Colorado’s history, whose adherence to principle and the saving of the souls of a scattered, ragtag population of independent ruffians took him to every corner of a rugged state. He is remembered in the stained glass windows of the Breckenridge church and also one in the State Capitol building.

Father Dyer died on June 16, 1901, at age 89. He, too, has a mountain named for him—Father Dyer Peak—in the Tenmile Range. He was one of the first inductees into the Colorado Ski & Snowboard Museum Hall of Fame in 1977.