It sounds like something the Welsh poet Dylan Thomas might have written in his story titled “Under Milk Wood.” Perhaps it’s a vestige of memory from reading that work long ago. Though not all dogs have black noses, there are certainly many who bark. I had a beloved mutt from the age of 4 years into my late teens. Leading a cloistered childhood and being an only child, Dusty was my best friend and companion growing up. I have a long-held affection for dogs and cats that have, in the past, shared their lives with me, and have rarely met a dog I didn’t like. Usually they like me back.

Darwin was wrong about dogs. He thought that the variety of breeds stemmed from interbreeding with several types of wild dogs, but the body of evidence arising from modern DNA studies confirms the gray wolf as the sole ancestor. Because of this the traditional dogma (sorry!) insists dogs are pack animals. The reasoning goes like this: Dogs are descended from wolves and wolves are pack animals, therefore dogs are pack animals (there’s probably a name in logic for that kind of reasoning). This begs the question of whether wolves are actually pack animals in the first place. It also neglects the more than 14,000 years since the wolf became domesticated—a lot can happen in that time. More recent DNA research pushes that date back to an astonishing 130,000 years, suggesting there may have been at the very least two independent instances of domestication over millennia, and maybe more.

Genetic research at Princeton University by evolutionary biologist Brigitte von Holdt suggests a new theory for the association of wolves with humans, based on hypersocial behavior. The work of her team shows that social dogs display a disruption in the genes of a particular genomic region that is found to be intact in the more aloof wolves. Prior work had already established that changes in the same genes made mice become more social. Humans can also suffer from disruption of the same gene sequence resulting in what is known as Williams-Beuren syndrome, a condition characterized by exceptionally trusting and friendly behavior. As a whole, the results suggest that some random variation or mutation of that gene sequence may have been responsible for inducing the first friendly contacts between wolves and humans.

Recent studies also indicate that wolves operate not so much as a pack, with its connotations of muscular hierarchy based on bloody combat and fear, but more as a family group whose members are delineated by their age, experience, relationships and reproductive potential. At the same time, the latest research on feral dogs in many parts of the world shows them to be mostly lone, omnivorous scavengers, incapable of forming the kind of hunting unit necessary to bring down animals larger than themselves. (Perhaps you might want to cite African wild dogs as pack animals, which they are, but despite their name, they are neither dogs nor wolves and belong to a separate branch of the Canidae family.)

This may help explain why dogs in an urban pet’s environment (those whose behavior has not been molded by any hierarchical training) relate naturally in a human family unit and act like a family member. And why not, with two requirements for life—shelter and food—freely met? However, this can bring with it some very human issues. There is a stage in the development of human babies or toddlers when they are upset, often grievously so, when parents leave them; it is called “separation anxiety.” It is thought to stem from a stage in their development in which the child realizes the absence of a trusted caregiver, yet has not yet reached the understanding and assurance that they will return. Separation anxiety also occurs in dogs and can be the cause of a divisive situation between humans living in an urban or suburban environment—that of the persistently barking dog.

We’ve all probably experienced it at some stage of our lives—a neighbor leaves their happy family dog to go to work, spends a normal working day and returns to a joyful and affectionate homecoming by the family dog, with whom they can settle down for a comfortable evening. How would they know that their apparently innocent family member has been causing annoyance in the neighborhood all day? They wouldn’t—until the complaints start to filter in!

Separation anxiety isn’t the only cause for constant barking. Excess energy, loneliness, boredom, anxiety, or just attention-seeking are all possibilities. Dogs are intelligent and territorial and will seek to protect not only their family members, but also their family territory. Other animals or humans heard or seen to approach the home turf can cause the dog to sound a warning, as can intimidating sounds or smells, perhaps beyond a fence, whose source is unseen. Generally speaking, a dog disturbed by transient factors will fall silent when the cause has passed. The dog that persistently barks when all is otherwise quiet and peaceful has a problem and so do the neighbors.

Marathon barking can be both distracting and irritating for those who work from home or are enjoying retirement, especially in summer when windows are open or people wish to be outside. Owners can always pre-empt any buildup of animosity by proactively communicating with neighbors to ask if their dog is ever a problem. If an owner begins to get “friendly words” or actual complaints, they can be pretty sure people are close to the end of their tether. If a problem persists, it’s worth noting that ordinances exist in both Jefferson and Clear Creek Counties to deal with such situations. There are cautions and substantial fines for annoyance and a leash law to restrain free-roaming dogs that often will chase wildlife.

Most causes have their solutions and a visit to the local vet might be in order for advice; he can also check the dog, because excessive barking can affect the throat and vocal chords and cause respiratory problems. The internet also has a wealth of helpful information. Collars that emit a very small shock or a small burst of citrus scent, which is unpleasant to dogs, are two effective means of encouraging a canine to adjust its barking habit. Dogs will usually rapidly change their behavior to avoid the discomfort. Like any community issue, communication is key. If neighbors know the owner of the barking dog is aware of the problem and is taking action to remedy it, the heat of the situation quickly cools. 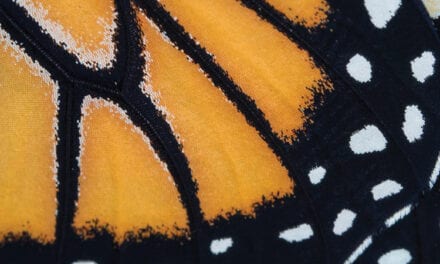