This column was from August of 2016, and as I was reading it over again, I realized absolutely nothing has changed, and in fact, it has gotten worse. So I just thought I would reprint it this month!

Can someone tell me why so many people in society seem to be addicted to drama, extremes, chaos and the fantastical? I’d like to blame younger generations for this odd obsession with mania, but I happen to know many people my age as well as my parents’ age, who are afflicted with the same condition.

I often wonder what outside influences are causing this in people today. Is it that TV media sensationalizes and over-dramatizes every little thing they report? When I watch the news, I am always amazed at the language used and the excitability that emanates from the newscasters themselves. Just in reporting the weather, terms like ‘horrific’ and ‘terrifying’ are used to describe common, frequent occurrences with weather patterns (patterns that have happened cyclically for hundreds of years, I might add), all to incite drastic responses in viewers. Better ratings that way, I suppose. And don’t even get me started on the outrageous statements made during political campaigns. Sensationalism at its finest.

So, why do so many people feed into this outlandishness? Why is everything such a damned emergency or conflict? It seems like people are just high on emotions, and I haven’t figured out whether that is the result of being besieged with the frenzy promoted on TV and social media outlets which create the mass hysteria, or whether people’s tendency to enjoy that sort of heightened sense of urgency and alarm in their lives makes the media outlets just respond to that need. It’s the old chicken/egg query: which came first?

Why are people so comfortable with panic and outrage? Can’t we all just take a collective deep breath? Imagine a world where people use critical thinking skills to differentiate between actual danger or alarm, and perceived threat and crisis, and ultimately halt the spoon-feeding of what others are trying to “sell us.” Perhaps we can apply some perspective and say to ourselves, “How truly important is this ‘news’ or supposed tragedy in the grand scheme of things?” I really believe that is what’s missing in today’s society. Everything is overblown and has a huge sense of disaster attached to it. And people are getting more and more desensitized to the fact that it is happening. Stress and crisis is the default for too many. Therefore, there is an inherent desire to up the ante on the drama factor. Many don’t feel normal if there isn’t some heightened sense of risk or histrionics going on in their lives at all times—like they’re bored without it. Frankly, it almost seems people feed off the drama and are obsessed with acting and reacting.

The next time you find yourself or a friend or loved one coming unglued about something, ask the question, “Is this really life or death?” “Is the zombie apocalypse really knocking at your door right now?” If the answer is yes—RUN! Otherwise, take a deep breath, don’t believe everything you read and hear, keep calm and use common sense. 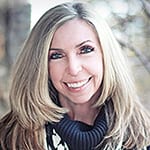 Holly grew up in Fairfax, VA, and after also living in the coastal areas of Myrtle Beach, SC and Savannah, GA, she realized the mountains were calling. She moved to Colorado 21 years ago and although she misses the beach at times, vacations help to satisfy that. Holly has owned multiple businesses in the last 36 years, mostly in the pet industry, but nothing has been as fulfilling as overseeing things at Colorado Serenity. Holly and publisher Doug got engaged this past December and enjoy working, living and playing together. Reach Holly at holly@coloradoserenity.com 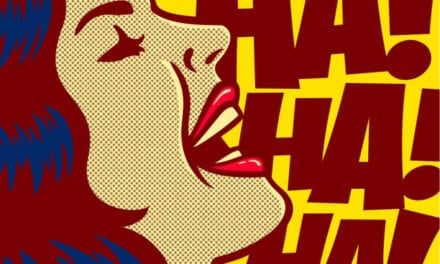