A friend more literate than I recently recommended a book to me: “Orwell’s Roses” by Rebecca Solnit. Solnit has a considerable reputation as an author of fine prose on various contentious subjects such as social change and insurrection, feminism, misogyny, urban and industrial history, labor relations, and catastrophe in over 20 books and many essays, garnering prestigious awards for her work. She describes herself as an independent writer, historian and activist. George Orwell, a pen name for Eric Blair, was himself of the same stable, possibly best known for his novels, “Animal Farm” and “1984,” that had sold almost 50 million copies in 62 languages by 2007. He has been described as “perhaps the 20th century’s best chronicler of English culture,” but is equally well-known for his critical writings on working conditions and on totalitarianism and socialism.

Solnit’s writing style has been self-described as “meandering” and that, through various digressions, is certainly true of “Orwell’s Roses,” however, she makes those digressions count in terms of social comment. As Michelle Dean, of Hazlitt (Random House publishers) says, “To read her takes patience, attention, [and] time.” Orwell’s most acclaimed books were a comment, even an attack, on social, political and cultural conditions, and it seems much of Solnit’s writing is similarly directed to the conditions of today. In the book, as one of her apparent digressions, she delves deeply into the imagery, uses, and commercial growing of roses in Columbia and how the process pressures and oppresses the average worker there. She traveled there and observed the problems firsthand. This seems typical of her writing, contrasting at one extreme the apparent beauty, fragility and innocuous uses of a product with the grim working conditions of quantity production, much the way Orwell reported on the iniquitous working conditions of the mining industry of his day. She gathers together, as it were in a bouquet, many disparate uses and images of roses, then hands you the thorns.

In another digression, she points to the writing of Jamaica Kincaid, another activist writer, who grew up in Antigua with a deal of anger against British imperialism stemming from the atrocities of slavery that her ancestors bore. According to Solnit, Kincaid seems to revel in opposites: she lives in Vermont though hates snow and cold; she regards as hideous some of the roses she planted in her garden; she is deeply attached to Abraham Lincoln for abhorring slavery while recognizing him as a racist. She does not like daffodils because, as a child, she was forced to memorize a Wordsworth poem and it became associated with a people she found repulsive. She writes: “And so for me ‘I Wandered Lonely as a Cloud’ became not an individual vision coolly astonishing the mind’s eye but the tyrannical order of a people, the British people, in my child’s life.” Apparently, Kincaid wrote this when she had just planted 2,000 daffodil bulbs to go with another 3,500 she had already planted.

Now hold on a minute! Setting aside the obvious contradiction between Kincaid’s statement and action regarding daffodils, Wordsworth’s poem only calls up simple, innocent images of beauty for most people, hard to associate with dark issues of long ago, though I would concede an abused child may harbor such feelings. In planting thousands of daffodil bulbs, perhaps Kincaid was overcoming her childhood associations. In my early training, I was once obliged to attend a week-long surveying course around Lake Windermere in the English Lake District, which was once Wordsworth’s home and where he wrote the vilified poem. I have seen the very daffodils the poem describes fluttering and dancing in the breeze and in the pouring rain, come to that. They were quite beautiful in both weathers and I harbor them no ill will.

Speaking of ill will and daffodils, I confess I do harbor some ill will toward certain cute and anonymous Evergreen critters in my front yard. My approach to gardening here has always been to plant a very small garden and let grow anything the wildlife doesn’t eat. All volunteer plants are welcome to show their faces. I dislike fences and espouse the view that the animals’ forebears were here long before we humans turned up and we have an obligation to live alongside their progeny without rancor or trying to nudge them out of their rightful place (even if that seems to be among my flowers). It’s part of that “stewards of the land, not owners” concept that I wish more people would adopt.

A few weeks ago, I decided to plant some daffodils for next spring in the fond hope the local deer, who appear to be omnivorous, would leave them alone. Not Kincaid’s 2,000, I’m happy to say—just a few as an experiment, hoping that some would show their heads next spring and commence fluttering and dancing. Accordingly, I purchased a recommended auger for my cordless drill, the bulbs, and some bone meal, as recommended by the bulb supplier. Anxious to set soil flying before the snow did, the first problem I encountered was that both batteries for my drill failed; not just requiring a charge, mind you, they were actually defunct. And so to plan B: I broke out my trusty old drill and extension lead that I hadn’t used in years. It was no longer so trusty: the trigger mechanism failed! Not to be outdone, I brought out the big, half-inch drill, which finally worked well (apart from nearly breaking my wrist a couple of times when the auger struck a rock or root). I had set to work on a rather awkward slope in the hard, dry ground and planted perhaps 10 or so bulbs, carefully putting a teaspoon of bone meal into each hole, until exhaustion set in (I’m betting Kincaid didn’t plant all those daffodils herself!).

The following morning, I went out to survey my handiwork and found most of the bulbs had been dug out! Not eaten, apparently, just disdainfully removed and rolled downhill. I learned later that one should never use bone meal as the critters can smell it a mile off. Twice more this scenario was revisited and, in the end, persistence was rewarded and not all the bulbs were discovered (I covered them with chicken wire as recommended by a friend). It ended as a standoff when the snow intervened. I just wish the critters had dug the holes before I planted the bulbs—it would have saved me a lot of work. A watercolor teacher of mine always said to leave the pencil sketch showing below the painted work “as a sign of the struggle [to make art],” so I left the slope riven as it was. Perhaps I will be able to wander next spring and see one or two daffodils flutter over the pockmarked slope, but I’m not banking on it. Orwell’s Roses? I am still meandering through it. 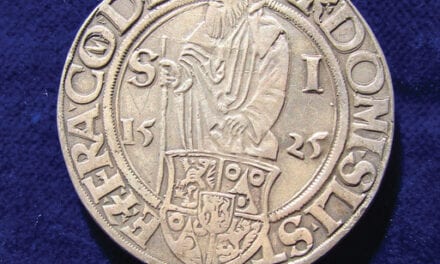