What’s in a Name?

I used to be a wreck about naming livestock and pets that came to live at the farm. Especially the newborn alpacas. If we didn’t have a name in the first 20 minutes, then I became an idiot about it. The idea of an unnamed animal was just unacceptable. Ridiculous, right? I kept a running list of names so we could choose quickly, and more than once, Jim looked at me like I had lost my mind. Over time, I mellowed a bit and learned the world would not come to an end if I didn’t have that baby named by sundown. And I’ve now mellowed enough that it took us a week to name Merlin the Round and Smudge (aka Smudgy Stinkerbell, aka Smudgy Stinkerella—there has been a bit of an aroma issue), whom you may remember are the feral rescue cats we brought home last year.

One thing I hadn’t thought through was how a name might translate out in the world—for example at the pharmacy. Our first male alpaca was born during the era of the show “Sex in the City.” While we had never seen an episode, I knew enough about it to know the character names. Our new boy was a gorgeous jet black with a white headband and four white socks. Since he was going to be registered, I felt super clever then naming him Rivendale’s Sox in the City, and his call name, of course, would be Mr. Big. Yes, I was quite smug about just how clever it was until the first week when he injured his eye and I had to go pick up eye ointment our vet phoned in at the King Soopers pharmacy. The conversation went something like this:

Me: “I’m here to pick up a prescription for one of our alpacas.”

(At this point you may start to see where this was going. Yet I was clueless.)

Pharmacist: “And what is the alpaca’s name?”

(Significant pause and a few snickers starting behind the counter.)

Pharmacist (louder now): “So, you’re picking up a prescription for MR. BIG BALL?”

One or 20 heads may have turned at that point and much more snickering ensued and at least one flat-out guffaw. It would have been fine as I knew everyone there—we had a nice laugh… blah, blah, blah. Except she then said they didn’t have it in stock but Ken Caryl did, so I would need to trot on down there. And go through the conversation again, except with total strangers. Which I did. So, lesson to be had, remember that veterinarians and pharmacies will assign your last name to your animal’s name and you might want to consider that when naming your next furry addition. I have since resisted the temptation to name an animal Crystal, Q, or Harry.

Another oddity I have relating to names (according to the husband again) is my penchant for a good middle name or, even better, a first and last name combo (before you add Ball, I tend to disregard that altogether despite the aforementioned conversation). Here are some we’ve had over the years:

Murray Thunderpants: the awesome Maine Coon cat we had for 18 years who would absolutely thunder through the house—no light stepper there—and was also known for a good fart.

Ruby Begonia: the sister in our first Anatolian Shepherd team at the farm. “Do the name Ruby Begonia strike a familiar note?” Very old reference to “The Amos ‘n’ Andy Show,” possibly also “Laugh-In,” and is just fun to say.

Otis Macaroon: if Ruby had a middle name, then her brother Otis needed one as well, and I thought it was a good combo. You know, it just rolled nicely off the tongue. Jim never acknowledged it (he also was not a fan of Thunderpants, which I thought was hysterical).

Steven Ambrose: an alpaca born on the farm that I was ethically bound to name for a knitting blogger who gifted me an amazing skein of French cashmere yarn after I publicly defended his definition of what constituted lace in a knitting pattern. He was grateful enough to send me yarn; I was grateful enough to say we’d name our next male after him and, voila, Steven Ambrose was born. Literally.

Over the years we’ve had 5 dogs, 7 cats and 22 alpacas. That’s 34 names. Add in the fact that I think all sentient beings need a name, and I once had a mildly unhealthy attachment to a car, and you’ll understand why I also had a Subaru named Maud. Laugh away, but you know I’m not the only one…. 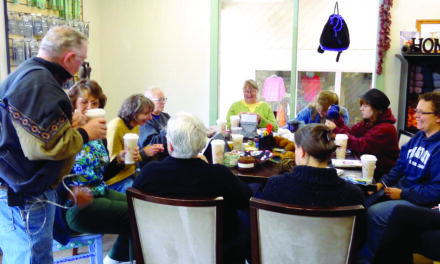 Never Underestimate the Power of the Girlfriends

Who’s in Great Shape? Raise Your Hand! (Not So Fast, Sally Ball… ) 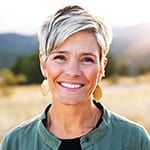 Our Community Focused Front – Are You In? 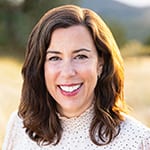 The Culture of Mean