The chronicles of local horse trainer Kari Ketchledge span most every breed, location and discipline you may have ever pondered. In 34 years as a professional horse trainer, she has won 50-mile endurance races, trained teams of draft horses to drive, started hundreds of sport horses, trained polo ponies and jumpers, and studied decades of Classical Dressage. Kari has been nationally ranked in 3-Day Eventing, Working Equitation, Western Pleasure and Dressage. Not to overlook years of competitive jousting and medieval gaming! At one time, she spent a year living in the mountains of California in a primitive cabin with no running water while training 26 stallions and 24 mares of the Spanish Colonial Wilbur-Cruce herd at Rancho Del Sueno. This fascinating ancient bloodline of Iberian horse started Kari’s love for both the Iberian horse, and training stallions.

Her journey started on a 7-acre homestead outside of a small town in Iowa. Kari’s mom often joked that her first word was “horse.” Apparently, the horse gene was in her DNA as her mother was a horsewoman and her mom’s father raised U.S. Calvary remounts in the Black Hills of South Dakota, telling stories of roping antelope and releasing them just for fun. Starting at 6, Kari’s dreaming and begging for a horse intensified, but financial times only allowed for the essentials. At 9, Kari’s mom realized that the horse thing must be one of those essentials and took a second job waitressing at night in order to afford the family’s first $450 pony, Fondue. Fondue was meant for all three kids, but Kari quickly took the reins, learning to work with the patient pony by trial and error, and before too long they were racing locomotives together.

A few years down the road found Kari’s family with a broke-down VW Beetle in Sioux Falls. While waiting for their car, they wandered into a pawn shop only to come out with the promise of a free yearling Arabian that was destined for the slaughter auction. Several days later, they arrived in a blizzard with a rented horse trailer to pick up the yearling. The untouched yearling was secured by roping him out of the herd, taking Ramzie home for the start of their 27-year partnership.

In high school, Kari began starting horses to pay for the keep of her own, and began her business of starting Thoroughbreds for racing as well as training and showing Arabians. Kari could often be seen in the 4th of July parades with one of the Thoroughbreds after only 30 days of training.

When it was time to head to college, Ramzie came along, of course. The lack of a horse trailer meant Ramzie learned to hop into the back of Kari’s 2WD F150 with stock racks for the drives between West Virginia and Iowa.

Along her journey, Kari made it at long last to Colorado. She continued training horses, managing barns and completed her BS in Equine Science at Colorado State University, and then obtained her MS in Animal Behavior under the celebrated Dr. Temple Grandin and Dr. Ann Swinker. Throughout her life, Kari has soaked up as much as she could about all aspects of the horse, and her focus and goal has always been to better the lives of horses and to learn to hear what they were telling her through non-verbal communication.

Five years ago, Kari sold her training facility down the hill to move back into the Denver foothills. She met Jim, the man of her dreams, here and they live at their Gratitude Ranch in South Evergreen with five sport horses and Jim’s amazing mule, as well as several other furry animals.

Since she has been back in the area, she finds herself starting and rebuilding sport horses with the emphasis on establishing mutual relationship. It is important in her training to “teach horses that they have choices, rather than learned helplessness, resulting ultimately in a partner who will choose to try to do whatever you ask.” Her focus for the last decade has been on the sport of Eventing and training horses for the sport, while competing and teaching Eventing riders as well as horse people in any discipline how to build a stronger partnership with their horse.

Kari spends about 70 percent of her time training horses and about 30 percent of her time coaching an amazing group of people and their horses in Dressage, Show Jumping and Cross-Country Jumping at four boarding stables in Evergreen, Conifer and Indian Hills. Kari is thankful to her incredible clients and their support over the decades, and said, “I’m deeply grateful every moment to be back living and working in the most amazing place on earth and blessed to spend my life making a living doing what I love.” 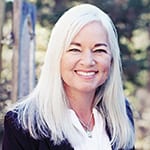 Heather is a lifelong horse enthusiast and Evergreen native. She writes the Colorado Corral column to connect the local horse community. Whether you have horses or just think they are amazing animals, this column is for you. Reach out if you have a horse­related idea for an article! Contact Heather at heather@themcwilliamsgroup.net. 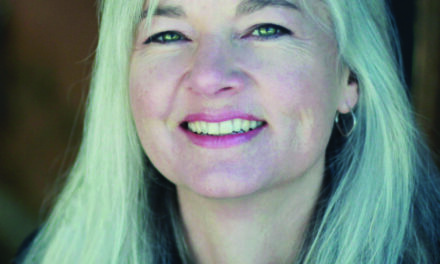 Horse People: Show Up for Trail Use! 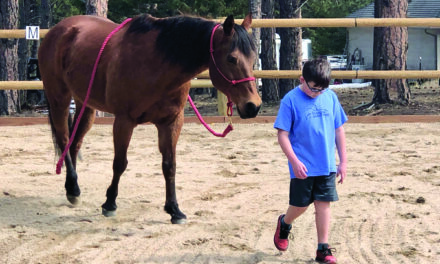 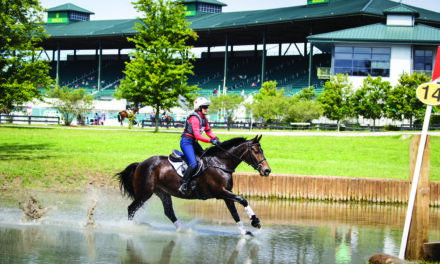 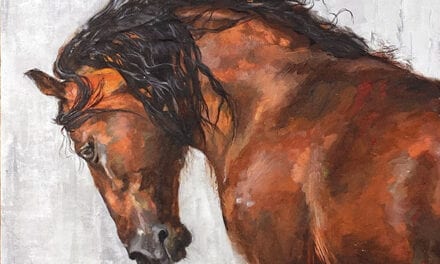