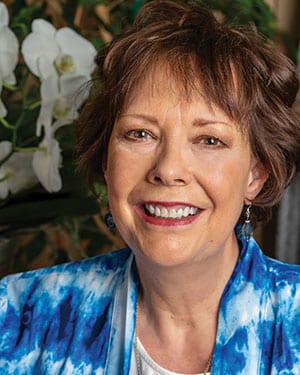 Serena-Faith Masterson has a gripping, harrowing, yet remarkably uplifting life story, which she tells beautifully in her new memoir, “I Am Serena.” As she explains in the introduction, the book recounts her journey of personality integration.

In the early 1950s, Serena’s parents contracted her to the government’s mind control program called MKUltra. The program’s goal was to find a way to control human beings through the portal of their minds, and it involved over two million Americans and Canadians. It sounds like science fiction, but it is absolutely real.

At three days old, Serena’s training began with severe abuse aimed at splitting her identity, and it continued into her adulthood. Although her upbringing was horrific, her memoir is truly inspiring. Despite the seeming hopelessness of her life and having over 300 distinct personalities, Serena reveals how she discovered her identity as a Soul human being.

Serena writes in her book, “In truth, there was no I. There was no awareness of myself as an individual. Instead, there was a physical body, containing fragmented consciousnesses, held together by my Soul to move the life forward. Imagine a revolving door, quickly moving people in and out. Each personality that comes forward will pick up the conversation where the last one left off. There can be no indication of the switch because that will attract your attention. There is a cohesiveness of awareness, which allows all the personalities to flow as one.”

After years of working in a therapeutic environment with top-notch doctors in the field of Dissociative Identity Disorder, Serena was no better. She’d had little success and was hopeless, having lost her three sons to foster care due to her instability. And yet, she began to hear a quiet, still voice encouraging her to open to another possibility of healing. When Serena chose “yes,” her life-changing experience began.

Norma Delaney, an energy facilitator with Spirit, introduced Serena to compassion and higher consciousness. She committed fully to helping Serena integrate, even though neither of them had any idea how challenging it would be. Norma even had Serena live with her and her husband, Garret, for several days in order to keep her safe from the personalities that wanted to kill her. From the beginning, Serena had been trained never to tell the secrets of her “training.” Specific personalities within the system were intent on keeping that rule at any cost, even if it meant taking her life. This became a real possibility the closer they got to the truth.

Serena shared that Norma loved her a breath at a time. Conscious breathing was the tool Norma taught her to connect to her Soul. It was how she began to distinguish between truth and the lies of her trained mind. “The compassion and stillness within us can be accessed through the breath. Our Souls love us so completely and without judgment. It is our minds that label us as bad and wrong,” Serena said.

In 2001, Norma and Garret brought Serena with them to Colorado. For the next seven years, Serena lived alone in her little house in Evergreen and had no contact with anyone but Norma. As her integration progressed, she eventually was ready to join the community. Her first job was baking cookies at Safeway. That experience helped Serena gain confidence in herself. She started working at Bank of the West shortly after that.

Initially, Serena began writing her story to help her connect to the truth. She would sit down at the computer, close her eyes and allow the memories to surface. “There were layers and layers of dissociative numbness between me and what happened in my life. It took me years of writing down my experiences before I began to connect with what had happened to me. When I began to feel how real these events were, it took my breath away. I felt the terror and pain and feelings of abandonment, and they would engulf me in painful emotions. It was only through the compassionate breath that I was able to integrate them. Integration is the act of bringing home old energy, old woundings,” Serena explained.

“Integration means ‘into the greatness of me.’ I could no longer pretend that what had happened to me wasn’t real. I felt it in every fiber of my body. I had believed my memories were a lie, but that belief disappeared the more I connected to the truth of what I had lived. As I faced the ramifications of my experiences from non-judgment, I fell in love with myself more and more. My past no longer could control me.”

Serena’s story is full of wisdom that is useful to anyone trying to quiet the noise created by the mind, such as negative thinking about oneself, feelings of stress or overwhelm, and fear. Every memory is shared from the perspective of compassion and non-judgment. The memoir illuminates how Serena transformed from a fearful person plagued with PTSD into a person of aliveness and joy.

“Anyone can turn within, to begin a relationship with their Soul. All you have to do is invite your Soul to be a part of your everyday life. No matter how loud the fear seems to get, the stillness that lives in the core of each of us is the ingredient needed to guide us out of the traumas we have experienced. Every person has been wounded in their life, and through the compassionate breath, they can have healing. When the stillness radiates throughout the body, it fills us with an exquisite peace, assuring us we are never alone,” she shared.

Accomplishing Serena’s goal of integration took more than 20 years and an unwavering commitment from Norma Delaney. She has an ongoing relationship with her three sons, now adults, and her life, which had been so constricted by fear, now unfolds in ways she could never have dreamt of before.

“I Am Serena” is available to purchase at amazon.com and at iamserena.net.