Did you know there is a Man of Steel living within our mountain corridor? He might not be more powerful than a locomotive or faster than a speeding bullet, but he does create impressive fine metal art on steel in a single bound. Conifer metal artist Ben ‘Jamin’ Stielow (aka Ben ‘Jamin’ The Metal Guy) has been turning sheets of steel into intricately beautiful art pieces for over 15 years. Yet this career path was never on his radar until he learned he had a unique talent.

Growing up in Dillon, Colorado, Ben was an active outdoor kid who was into sports such as ski racing and mountain biking. His family owned a local pizza shop which kept them busy while he explored the mountains. When Ben was ready to attend Summit High School, he was excited to take shop classes. Unfortunately, the school had just had budget cuts and the shop class was the first to go. Instead, Ben took technical theater classes where he was taught how to design and build sets and work with lighting. This was the beginning of Ben recognizing his interest in and ability to design and build things. But it was not until many years later that he discovered his artistic talent.

After high school, Ben worked at Copper Mountain Ski Resort with the trail crew, snowmaking, doing slope maintenance, etc. “It was really fun, but at one point in time

I was like, I’m a foreman in snowmaking and I’m making $12 an hour?!” Ben recalls. Barely enough, even at that time, to pay rent. In an effort to make extra cash, he worked summers building and maintaining SnowCat tracks, a tedious job that actually led him to learn how to weld.

Ben was introduced to Joseph Littlehorse, the welder at the machine shop on Copper Mountain. During his breaks, he was allowed to experiment (cut up pieces of metal, weld and design) and learn the mechanical skills necessary to the trade; a perfect example of one of those invaluable life experiences that comes when least expected.

Initially, working with metal was a hobby for Ben, who “loves putting things together and puzzles.” The hard part about a hobby is that it typically doesn’t pay much. After a series of demanding jobs and a degree at Arapahoe Community College, Ben wound up purchasing more and more metal-work machinery and supplies.

In a simple twist of fate, he tried his hand as a real estate agent with the intent of making additional income for his metal hobby. After writing his first offer, he created a metal sign with the name “4J Ranch” on it. The owners were so enamored with his work, they asked Ben to make one for a friend. Before long, he was making signs on a regular basis for other realtors, friends of friends, and so on. With enough equipment to begin his own metal art business, Ben left the real estate world and jumped wholeheartedly into the art scene. He immediately began creating more signs and designing pieces centered around aspen trees, and as Ben describes, “I’ve always loved the silhouette of the trees against the night sky.”

The rest is history, so they say. Ben’s summer life is filled with art shows across the country. His work truck takes days to fill and setting up the booth can take just as long. He believes the shows (and the energy it takes to get there) are worth it because “it’s the best advertising you can possibly get. I can talk to potential buyers and meet face-to-face. Especially with my work, these pieces look MUCH better in person than they do online.” During the winter, his slower months, he creates the bulk of his work.

Ben’s metal art (both large and small) begins with a drawing on a steel sheet. He then dons his leather cap and jacket, plus eye protection, to cut out the initial piece with a piping hot plasma torch. The piece is then polished, and edges are wire-brushed to soften the sharp spots. On some pieces, a patina technique is used to add color and a unique finish. Depending on the design, it will take Ben approximately 7 to 10 days to complete one piece and he typically works on about 15 at a time.

Ben “The Metal Guy” took a very circuitous route to his fine metal art career. He now spends countless hours in the enormous metal shop he designed and built himself. Of course, as with anything, there are sacrifices involved with traveling all summer to share his art and connect with his patrons. He misses his family often, but the “man of steel” is so grateful for his wife’s support through it all.

Ben will be showcasing his work locally at the Evergreen Mountain Art Celebration in the Echo Resale Shop parking lot on June 25 and 26. Visit his website at BJaminCustoms.com. 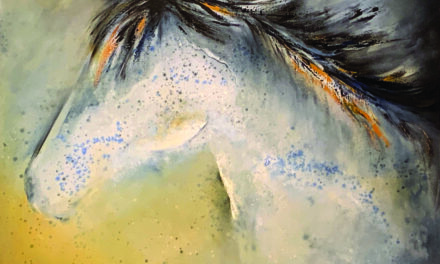 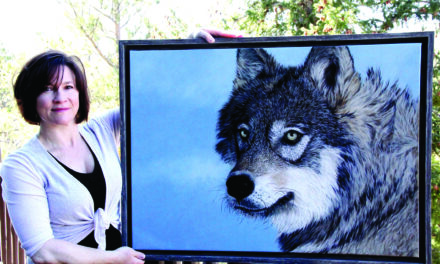