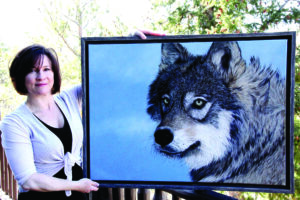 “She would constantly be sketching these animals in her noteboos and soon came to understand her gift.”

A simple act of kindness and compassion towards a single animal may not mean anything to all creatures but will mean everything to one. 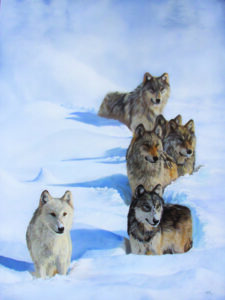 There is a light that shines through the alluring paintings created by local artist Agnieszka (Aga) Elliott. I felt it when I laid eyes on the piece with stampeding elephants titled “From Dust to Dust.” With the plumes of dirt billowing and the urgency in their eyes, it seemed they would burst through the canvas; it was as if the floor began to tremble beneath me. I found myself slowly moving closer to the canvas and studying the fear in their eyes, the scars upon their tusks and wondered, what are they running from? And why?

This is exactly Aga Elliott’s intent as an artist—“to inspire conversation and education, inevitably leading to increased awareness of the plight of our planet’s animals.”

As a young child growing up in Krakow, Poland, every Sunday Aga would sit by her father’s side for hours watching National Geographic wildlife documentaries (mostly African animals). It was at this early age she became enamored with the variety of species roaming the earth. She would constantly be sketching these animals in her notebooks and soon came to understand her gift. Unfortunately, art school was costly for her family, so instead, Aga took it upon herself to develop her skills through hours and hours of studying wildlife, analyzing artistic techniques, sketching, erasing, re-sketching, painting and repainting. As the years passed, she found herself producing animals more fluidly, and focusing more on realism. She also traded the watercolors for oil as the brilliancy and depth better highlighted the majesty of her subjects.

It wasn’t until later in life that Aga realized her artistic skills would align with her passion. After moving to the United States, she decided to focus on painting animals “who need a voice the most.” She joined the Artists for Conservation Foundation and began using her artwork of endangered species to enlighten and educate. She thought, “How can I do something to help these animals? I’m no one. No one is going to listen to my voice. But by painting these animals in their raw beauty, it allows me to tell their story and express my own emotions.” 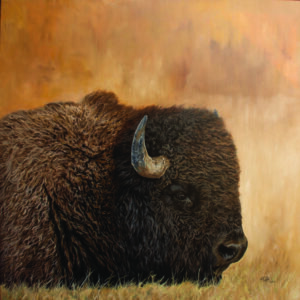 Of course, there are always controversial or political issues involved when it comes to conservation (think Grey Wolf reintroduction or “canned hunting”), but Aga is not looking to impose her views. Rather, whatever side of the political coin you’re on, Aga believes it all comes down to the animals “who deserve a place on this planet, and there are humane ways to make it happen.” If viewing or selling one of her paintings can educate or inspire change, she’s doing her job. Also, as a Signature Member of Artists for Conservation, if one of her paintings sells through the website artistsforconservation.org, she will contribute a percentage to the conservation organization of her choice.

Every animal Aga brings to the canvas either comes from a moment she’s captured in nature or a photo that captured her heart. While most of her work is focused on conservation, she creates commissioned pieces as well as dabbles in local animals such as elk, moose and deer. Aga aims to present her subjects “with the purity of spirit that comes from true existence in the moment of their capture—absent of manipulative motivation, and exuberant in the delight of simply being.”

To see more of Aga’s work, you can visit Shadow Mountain Gallery in downtown Evergreen or her website: papillonfineart.com 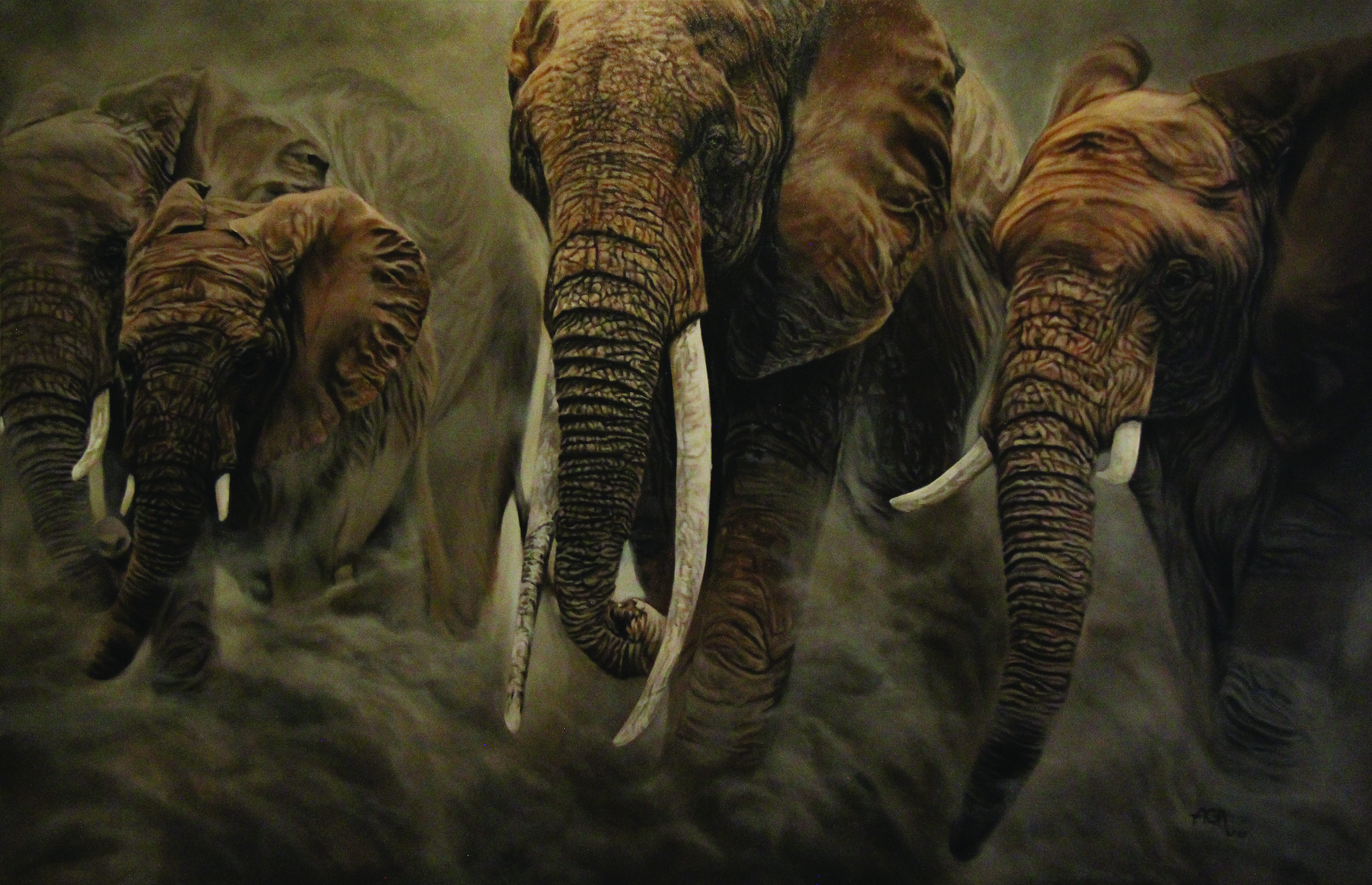