What Are You Wearing? 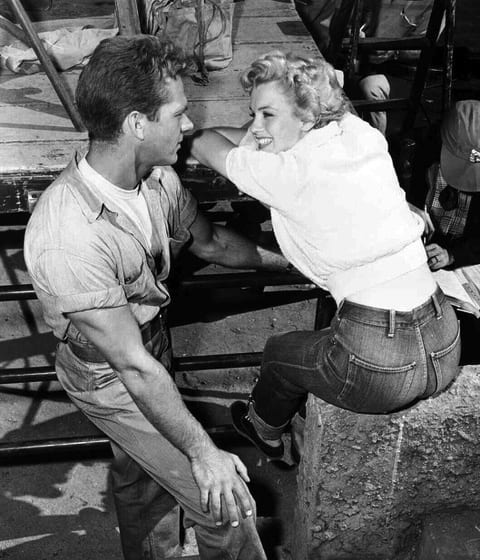 No, this is not some creepy overture; it’s a genuine question. Almost certainly the answer would be cotton in some form or another, possibly blended with a man-made fiber. A shirt, underwear, jeans, sweats, a dress perhaps. Just as certainly you wouldn’t be aware of the long history and happenstance that has brought you those garments. A new book about textiles by Virginia Postrel, “The Fabric of Civilization,” contains, among other things, a fascinating account of how you come to be wearing cotton.

There are some 50 varieties of wild cotton growing around the world, none of which were or are suitable for producing the long fibers needed to make thread, that is until about a million years ago. Around that time, one African species experienced a mutation, the kind of thing happening today producing the unwelcome COVID-19 variants, but of a more beneficial kind, since it produced longer bits of fluff around its seeds. According to evolutionary biologist Jonathan Wendel, an expert on cotton, this happened only once to one strain of the African species, and a distinctive genome developed, now called the A genome. Meanwhile, in South America, a separate distinctive genome had arisen, termed the D genome, that produced hardly any fibers. Somehow, many centuries ago, a seed with the A genome voyaged across the wide ocean separating the continents, took root in South America, and hybridized with the D variant producing a plant with much longer fibers than either version: the AD hybrid. This was because it happened to receive 26 chromosomes from its parents instead of the usual 13 (sometimes this happens in plants, apparently). As with the African plant, this hybridization only happened once, sometime long before humans came to be.

Once people came to recognize the life-changing importance of thread and its woven derivatives for fastening, covering, catching, carrying, storing and hauling, they took a hand in breeding preferred strains of cotton, what amounts to genetic modification. Over a period of about 8,000 years, selection for preferred properties has resulted in what you are wearing now. Originally, cotton grew only in warm climates, and one of humankind’s major achievements was to develop the lifecycle of the plant so that cotton could be harvested before killing winter frosts, which enabled cotton to be grown in areas where frosts were prevalent. It was the Islamic caliphate that spread the cultivation of early blooming cotton in what is now the Middle East. Islam promised the faithful silks in heaven, but forbade them to Muslim men in this world and wearing plain white cotton became a sign of devotion to the faith.

It wasn’t until the first years of the 1800s that the improved South American strain of cotton came to what in recent times have been the major cotton producing areas in North America. An amoral adventurer named Walter Burling smuggled home some seed he thought promising from Mexico City. The new variety thrived in the Mississippi, ripening earlier and avoiding the frosts. It had other significant advantages over the Georgia Green Seed cotton then planted. In another twist of fate, careless cross-pollination between the two strains actually produced an even better variant.

Depending on the time of day you read this article, it’s a good bet you may actually be wearing the all-American, class-busting garment known as jeans. As you must know, these are made from denim, a strong, twill-woven cotton fabric, which uses one colored thread and one white. You may not know your warp from your weft, but suffice it to say that twill is very hardwearing and slightly stretchy. Like many things in the cotton story, it came about by chance.

By the 17th century, a heavy cotton cloth, called jean or jeane, was being produced in the port city of Genoa, Italy, for workers in the north. By that time, it had already been in production for a century and was well established there. The city of Nimes in France, a little along the Mediterranean coast from Genoa and also a textile town, tried to copy it. They were not wholly successful, but ended up with an equally effective product they called serge de Nimes, from which came the name “denim” by contraction (serge [de nim]es). One thread was dyed with a widely available blue dye called Indigo. The European diaspora to North America carried the hardwearing material with them and that claimed the attention of the Strauss brothers in New York.

Levi Strauss, aged 18, immigrated to the U.S. in 1853, initially joining his brothers’ wholesale “dry goods” company in New York and later starting a branch of the business in Kentucky. From there, he traveled to San Francisco, where the gold rush had created a good market for the products of the company. Meanwhile, another young immigrant from Latvia, Jacob Davis, a tailor by trade, had been moving around the western U.S. and Canada, finally settling in Reno, Nevada. There he made tents, horse blankets and wagon covers for the railway workers out of cotton duck (another heavy European cloth) and from denim, buying his supplies from Levi Strauss & Company in San Francisco. In December 1870, a customer asked Davis for some robust pants to be made for her husband, who was a woodcutter. These he made from cotton duck, strengthening key points of the seams with copper rivets. These became hugely popular by word-of-mouth because they wore so well and yet were comfortable. A year later, he was also making them from denim.

In 1872, Davis approached Strauss and asked for his financial backing in patenting his method of reinforcement and on May 20, 1873 the two obtained a patent for “Improvements in Fastening Pocket Openings.” Together they set up a very successful factory in San Francisco for the manufacture of work pants, which Davis managed. Obviously, they had no brand-savvy marketing department for they called their product “waist-overalls.”

Much later, off-duty GIs carried the cowboy fashion of “blue jeans” around the world in WWII. The rest is history, or rather Hollywood. Marilyn Monroe was one of the first high-profile women to wear jeans and portrayed the independent, modern female image in her 1952 film “Clash by Night.” The 1953 and 1955 films of James Dean and Marlon Brando, respectively, cemented the popularity of blue jeans across the U.S. as a trademark of defiant youth. Now, male or female, you can buy a pair of waist overalls for 19 dollars or a thousand, depending on your taste and pocket. They are without doubt the most successful garment ever produced.