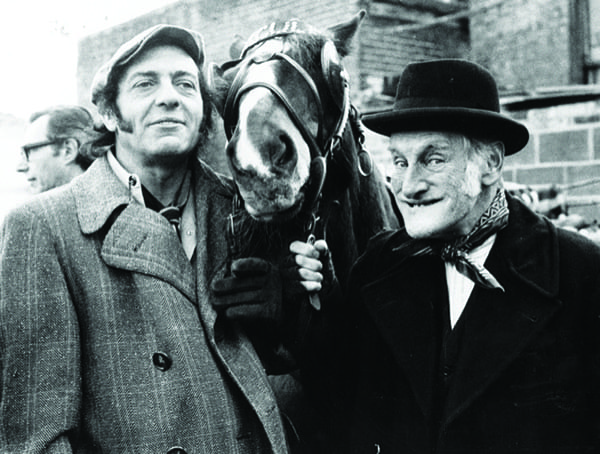 People ask me where I get my varied ideas for this page, and the simple answer is, anywhere I see, read or hear something that sparks interest enough to warrant researching. I will, of course, “never reveal my sources,” but rarely is it one source and often it involves delving into many to assess their relevance or accuracy. It is in the research that the story will often twist and turn, morphing into something beyond or aside from the original thought, sometimes even changing the entry point intended and the thrust of the whole piece. So it is with this article.

I will tell you where this idea came from and how it developed. I have written before of a weekly photographic challenge that I participate in with my two daughters (September 2017 edition of Serenity). It is now in its fifth year. At the time of this writing, the week’s theme, set by last week’s winner, was Iron; it was a good theme that presented many possibilities for a photograph and, even better, mine won. It immediately brought a scene from my early childhood to mind: we lived in an industrial subdivision close to the southern boundary of Birmingham in England, and periodically, a scrap dealer—or, as I knew him, a “rag and bone” man—came around the streets with a horse and cart collecting practically anything people no longer wanted. Nowadays, he would have the upscaled title of recycler, I suppose. He had a street cry: “Any old iron, rags, ’er bric-a-brac.” (There was a long-running, comedic British sitcom about two such rag and bone men, Steptoe and Son, from 1962-65 and from 1970-74.) At one time, street cries were traditional by street vendors, and Molly Malone’s “Cockles and mussels, alive, alive, oh” is probably the best known. Our milkman also delivered with a horse and cart and I loved to go out and pet his horse, but my mother wouldn’t allow me near the disreputable rag and bone men.

Anyway, I digress. The cry, “Any old iron!” also brought completely to mind, like an echo from the past, the chorus of a song from the days of the Victorian music hall, a variety show onstage whose acts could vary from borderline bawdy to sweetly saccharine. An American analogy of the British music hall might be vaudeville. The chorus of the song ran thus:

You look neat, talk about a treat

You look dapper from your napper1

And your father’s old green tie on

I wouldn’t give you tuppence3 for your old watch and chain.

The song was part of an act by a Cockney comedian named Harry Champion. The first verse recounted by a well-dressed man, but obviously of the lower classes, explained that the watch and chain was a bequest from his recently deceased father. I assumed the chorus derides his presumptive appearance, especially the quality of the watch and chain. It wasn’t until I began to delve deeper into the story that I discovered a link to Cockney rhyming slang that turned this quaint childhood reminiscence on its napper.

Many parts of Britain have their own distinctive accents and words, some quite incomprehensible to other Britons, let alone a foreigner; Cockney slang is one of them. An example is this: “Get yerself up the apples!” Cockney rhyming slang uses the first word of a two- or three-word grouping that rhymes with the actual word and is understood by any other Cockney. A common mistake is to assume that all Londoners are Cockneys.