Well, it’s April. So every conversation you have from now until July will most likely begin with chatter about the weather—and this is the only predictable part of Colorado’s “spring.”

I begin this month’s column with the understanding that claiming your region’s schizophrenic weather patterns as a consequence of living where you do is a basic Coloradan rite. (Though I think it important to note that this little ritual has also been practiced in every other place I’ve lived, even on other continents.) But when it comes to small talk, when you’re forced into friendly chit-chat before you begin that business meeting or fall into meditative silence at the start of yoga class, why—why—does this knowledge go out the window?

If you’ve lived in Colorado for five minutes, you should understand this as ill-advised, if only because the saying goes, “Oh, you don’t like the weather in Colorado? Just wait five minutes.” Don’t tell me, on the last day of March, that you were so disappointed to see the snow fall down after the gorgeous sunshine the weekend before had you hoping spring had arrived. March is on record as the snowiest month in Colorado, but you know the reason you moved here was because you once visited Colorado in February and got to sit outside at some micro-brewery and it was glorious. But just like you have that fabulous tale of Colorado’s endless supply of sunshine days and unseasonable warmth, so should you, as a good Coloradan, have a file drawer full of memories of the lingering winter.

In 2019, I sent my kids to their last day of school in full snow gear.

Years ago, before they were banned totally, I watched fireworks on Independence Day wearing my ski coat and a beanie.

My husband built a raging fire for me on my birthday last year—on the last day of July.

Look, I’m actually concerned for everyone’s mental health. If you think because it’s sunny and 60 degrees today that we’re about to enter some birds-singing, flowers-blooming, rainbows-in-the-sky springtime fairyland, you’re in for the rudest awakening. But also, I don’t think you believe this. So why are you perpetuating the lie? It’s an insult to the person you’re talking to. It’s fake news.

I’m not a fatalist or a cynic. People who know me know I like to search for the good side of things—though I wouldn’t go so far as to call myself on optimist. I believe in a healthy acceptance of reality while exuding a generally positive attitude. This seems to me a reasonable balance of living in the real world without becoming some sort of mountain curmudgeon. Today, as I type this from my sunroom-cum-office, I’m actually being blinded by the morning sunshine. It’s so warm on my right shoulder, the spot where the sunlight is directly hitting me through the window, that I feel like a poor little ant under some mean kid’s magnifying glass. It’s as if I’m actually sitting in the chair in my living room, the one right by my woodburning stove, where the leather on the left side will burn you if you touch it while the fire is raging. In fact, despite the warmth of the sun out here, I am burning a fire in the living room, which is shaded, to maintain an acceptable household temperature for a thriving life. Yes, even within the contained atmosphere of my semi-efficient home, it is neither spring, nor winter. It is both.

I am working to make my life philosophy—my entire worldview, actually—more about “and” than one side or another. Some of you probably find that incredibly mature, while others will shake their heads and call me naive. (I wonder if we could just as distinctly categorize those people into the groups calling it “spring” or calling it “winter still?”) Whatever you may say, I think assuming “and” as a position is a powerful place to be. To boil it down into better known clichés, what if the glass is both half full and half empty? Honestly, I’m not setting myself up for disappointment—I know it could very well snow tomorrow, despite the sunburn I’m currently getting from inside my house. And that doesn’t have to ruin the experience, the appreciation, the joy I find today. In essence, to use a pointless phrase my husband hates, “It is what it is.”

This honesty is a sort of self-care, but I believe it’s a respect we can extend to others. I won’t take you seriously when you tell me you thought this week’s warm weather meant we were out of the winter woods. That’s ridiculous. Stop believing the lies, stop spreading them. But I will relish with you in the birds singing and the sound of the creek thawing… even if only for today.

To All the Boys… Who Thought Me Ridiculous 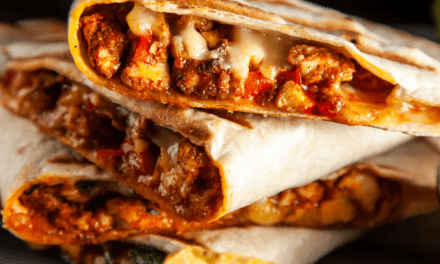 This Is Pretty Cheesy