Organizers of upcoming fall fundraisers have been working hard to create fun, impactful events that respect the current health and safety guidelines for larger gatherings. Let’s applaud this ingenuity and support the nonprofits benefiting from these refashioned, philanthropic enterprises!

One of the area’s most beloved annual fundraisers, “Hard Hats & High Heels,” hosted by Blue Spruce Habitat for Humanity, has adopted a unique virtual format this year. All proceeds from the September 24 live stream event will go toward building safe and affordable homes in partnership with local families. As organizers note, the need for affordable housing does not stop for COVID-19; in fact, during times of crisis, the need only increases.

You are encouraged to virtually and safely gather your family, friends and coworkers, put on your Hard Hats and High Heels finery (or your comfy clothes), and share your pictures with event organizers via #HHHH2020. There will be updates and reminders throughout the day when you follow Habitat on Facebook, Instagram and Twitter.

Attendees need to preregister to take advantage of the online and “live” auctions featuring a huge variety of desirable items and services. Among the 100 items up for bid are “Baby Blue,” an original painting donated by Julianne Moore, a hot air balloon ride for two given by Grand Adventure Balloon Tours, a Rocky Mountain Getaway lodging certificate from the YMCA of the Rockies, and a “Just Chillin’” outdoor barbeque party. If your business is interested in making a donation to the auction, please contact Jill Tigner, at jtigner@bluesprucehabitat.org. For more information on the event, including registration and a sneak preview of auction items, go to bluesprucehabitat.org.

The organizers of the Boogie at the Barn fundraisers are presenting “Boogie Goes Wild, Parking Lot Style,” a live and live streaming music event on Saturday, September 26 from 3 – 8:30 pm set in the parking lot of The Wild Game Evergreen, 1204 Bergen Parkway.

The onsite event will strictly follow protocols for required masks and social distancing. Those wishing to enjoy the stellar musical lineup from the comfort of their homes will be able to register for a live streaming option. Either way, the proceeds raised will benefit the INSPIRE (special needs) program, which, like most programs dependent upon fundraising, has felt the financial impact of the pandemic.

“The mountain community has always had a big heart and lots of compassion for INSPIRE with the hope that everyone can enjoy a great quality of life,” said INSPIRE Coordinator Maren Schreiber. “By supporting the EPRD INSPIRE (special needs) program during the COVID-19 pandemic, you will help us keep our programs alive and support those with disabilities. The District has been hurt by the pandemic and we appreciate any support we can receive.”

As always, the Boogie will offer the perfect mix of philanthropy and fun. Opening band, Band Kamp, features well known and loved musicians whose vocals and instrumental collaborations will get the party going. Headliner HomeSlice, a nine-piece, high energy group, is a regional favorite named “Best Local Band of 2020” on the Denver A-List.

In order to maintain safe distances and follow all the state and county requirements for public gatherings, onsite tickets will be sold either for groups of eight attendees, allocated in designated “bring your own chair” blocks, or for VIP reserved tables for four located closer to the stage. To view the seating options or to register for live streaming, go to boogieatthebarn.com. Please note that no individual tickets will be sold for the onsite gathering. Attendees are encouraged to buy their tickets early; there will be a cap on the total number of seats sold, in accordance with state and county guidelines.

Resilience1220 is inviting young poets ages 12-20 who live in the mountain communities (including Jefferson, Park, Gilpin and Clear Creek Counties) to submit their original work on the theme “Resilience.” A panel of judges will choose the top 50 poems for publication, with proceeds from the sale of the collected works benefiting Resilience1220 programs. Resilience1220 will also host a poetry reading at Hearthfire Books in fall. The first place entry will receive $250, with $175 going to the second place selection and $100 for the poem placing third.

Contest entrants are asked to email their poems to Jennifer Pearson at jen@snowytree.com by October 9 along with their name, age, home address, phone number and a short statement about the inspiration for their poem. No more than two entries per person will be accepted and poems should not exceed one page in length.

Resilience1220 provides free counseling services to youth ages 12-20 in the mountain communities west of Denver. Through counseling, support groups and community outreach, the organization focuses on raising awareness of the social, emotional and mental health issues young adults face, and providing the necessary life skills to create wellness and resiliency in their lives. For more information, go to resilience1220.org.

This year, you can get settled in your favorite chair, with your laptop and a cup of hot tea, and indulge in book discussions led by a panel of distinguished writers. While the gathering has been reshaped in consideration of COVID-19 safety concerns, the spirit of the Rocky Mountain Literary Festival (RMLF) remains undaunted, and its proceeds will benefit the Bootstraps, Inc. scholarship program for local high school students. RMLF at Home will be available beginning October 17 and concluding November 14.

Tickets, available at bit.ly/3h987pm, include unlimited access to the RMLF at Home video, featuring presentations by the featured authors, and the ever popular Q&A sessions moderated by Greg Dobbs, a festival tote bag with a complimentary book, author bios, bookmark, pen, and coupons from area merchants. The book bags must be picked up by attendees at HearthFire Books & Treats. While at HearthFire, you can also purchase autographed Festival books.

This year’s featured authors are W. Bruce Cameron, Adam Cayton-Holland, John Larison, and Amanda Skenandore. Cameron, an internationally syndicated columnist, whose column titled “8 Simple Rules for Dating My Teenage Daughter” became a New York Times Bestselling Book and a People’s Choice Award Winning Series on ABC. ​Cameron is perhaps best known, however, as the bestselling author of a book series, “A Dog’s Purpose,” which was adapted for film.

Named as one of “10 Comics to Watch” by Variety, Adam Cayton-Holland is a national touring comic, whose television appearances include Conan, The Late Show with James Corden, and Comedy Central Presents. He has numerous television, podcast and album recordings to his credit, and his writing has appeared in Village Voice, The New York Times, Esquire and The Atlantic. His first book was “Tragedy Plus Time.”

Larison’s most recent novel, “Whiskey When We’re Dry,” was a Los Angeles Times and Seattle Times bestseller, and a finalist for both the Ken Kesey Award and the Will Rodgers Medallion. It was named a Best Book by O Magazine, Goodreads,  NPR’s All Things Considered, and many others, and is currently being developed for a feature film.

Skenandore is a historical fiction writer and registered nurse who grew up in Colorado. Her debut novel, “Between Earth and Sky,” was the winner of the American Library Association’s RUSA Reading List for Best Historical Fiction Novel of the Year. 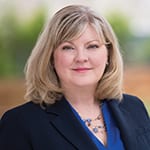 Community Matters highlights upcoming charitable events organized by local nonprofits. To have your fundraiser considered for inclusion, please send your material to communitymatters@ coloradoserenity.com by the 20th of the month prior to the month in which you would like coverage of your event. Cindy Lempke is an Evergreen resident, community volunteer and communications professional with experience in the educational, governmental and corporate arenas. She owns Lempke Communications, LLC