For almost two decades, Coloradans have been attempting to adjust to the growing population. With more people comes more need for development; with more development comes more purchasing and use of land and natural resources. All of which begins to infringe upon the whole premise of the West—to live peacefully in wide open spaces. As the open lands dwindle, Morrison-based artist Terry Gardner honors the West as it still lives and breathes in the ranching communities of Colorado. Not the glorified west, but rather the real, ranching west where cowboys still corral cattle and brandings are a norm.

Growing up in St. Louis, young Gardner was always intrigued by the West and painting. “To be honest, as a child, my goal in life was to be an artist and have my own studio,” Gardner reveals. Shows such as “Gunsmoke” and classic westerns further fueled his interest and laid the foundation for his future career as a modern western painter. He graduated from the University of Maryville in St. Louis with a degree in communications/advertising as it was the closest creative field to art that provided a steady income. After graduation, Gardner moved to Colorado to work at an advertising agency, but quickly learned it wasn’t enough to feed his artistic soul.

Soon after arriving in Denver, he joined the Art Students League of Denver where he took courses and painted twice a week in the evening. He simultaneously participated in numerous regional and national art shows (and continues to do so) including the Coors National Western Show in Denver, where he’s coming up on 20 years as a participant. Through the Art Students League of Denver, Gardner studied with Mark Daily and Quang Ho, two very respected artists and mentors who were instrumental to his growth as an artist. “I would say that was when my trajectory level as an artist rose… I began developing my own voice,” Gardner says. One look at a Terry Gardner original and there is no denying his artistic voice stands apart from the rest.

To capture the essence of true ranch life, Gardner spends a few weekends a year on different working ranches throughout Colorado. Owners allow him to camp on the property so he can sketch or photograph authentic moments; he prefers to be “a fly on the wall.” Initially, Gardner painted landscapes and cows, but after getting to know a few of the ranch hands, his focus shifted to those who devote themselves to the land.

As an “expressive tonalist,” Gardner sketches with charcoal or takes black and white photos (as reference) which will later be brought to life with oil on canvas. Each painting begins with a carefully curated “color study” that matches the story Gardner wishes to tell; sometimes it’s to educate, other times to enlighten or call attention to situations that may be controversial. For example, Gardner painted The Forgotten Cowboy as an homage to the hundreds of black cowboys who helped cultivate early American ranches. Interesting fact: nearly half the ranch hands during the late 1800s were African American and they were typically assigned the more life-threatening tasks.

Gardner’s talent extends beyond ranch life with paintings of native trees that seem to sway on the canvas. As he so eloquently states on his website, “The human debt to trees is absolute. In short, without trees, our species would not have come into being. Strong, graceful and majestic, they never disappoint. Trees are the Earth’s endless effort to speak to the listening heavens. If we take care of trees, they will take care of us.”

Even if your personal aesthetic is not western, Terry Gardner’s artwork is something to behold. The unique brushstrokes and subtle color choices, coupled with his intimate portrayal of the American West, create an experience that is almost ethereal in nature, just as he hopes for it to be. “I’d like for my work to bring a sense of peace and calm, especially in light of recent years,” says Gardner. 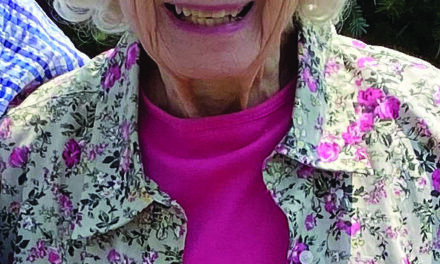