Recap of Chapter 33: Jake seemed confident that everything would work out perfectly, but Haze had her doubts. What kind of mother would she be? What if she was terrible at it, ruining her child’s life? She turned to Sydney to assuage her fears.

How it happened was surprising to say the least. At the time, Haze wouldn’t have described the experience as anything less than terrifying. But now that her sweet babe was nestled in her arms, she had no regrets. Looking back, she knew she wouldn’t have wanted it to happen any differently.

It seems that no amount of preparing can alter the fate of how certain people come into this world. Haze and Jake had every detail worked out—from the music that would be playing in the birthing room to the first photos of the three of them as a family. They had settled on a name and had toured the center where they planned to labor and deliver. Baby was growing right on schedule and Haze was feeling better than she had hoped. Jake was busy making the yard and garden beautiful, despite the ridiculously late bouts of snow and hail.

They had only a couple months left to wait, and Haze was feeling the deadline keenly. It’s not that she felt her life would end the moment the baby came, but she knew things would change. And there was so much she wanted to accomplish. Lately, she had been painting a canvas to hang over the crib. It was a happy scene filled with sweet-looking animals interacting in an outdoor scene—some in a balloon, some riding a bicycle, some having a picnic and flying a kite. She planned to hang it in their bedroom at first and then move it into the nursery later. Jake was putting finishing touches on the bassinet he had handmade. When he wasn’t in the garden, he was in his workshop, meticulously sanding.

Warm weather finally arrived, and it seemed the world reveled in it. Haze had taken to resting in the afternoon in the window seat in her studio. Visible in her view were mama elk parading their babies at the water’s edge. She and Jake took a walk each day. Their favorite time was after dinner when the lake got quiet. Fishermen and tourists packed up for home, and that’s when the animals got busy. Muskrats could be seen crossing the lake, making Vs in their wake. Bats swooped the water’s surface, and the beautiful bald eagles watched from up high. It was a magical place to be. Haze couldn’t help but feel blessed.

Time marched on and the summer days became warmer. Luckily, it cooled down at night, so she was able to get some sleep, despite baby kicking and rolling. It seemed that whenever she sat still, the baby decided to do acrobatics. Jake was fascinated with watching her belly move, often stretching out and trying to coax the little one to move.

It was mid-August when she first started getting false labor pains. On two occasions, they stayed up all night timing contractions until they eventually stopped. And then it was forgotten, and a new day would start, full of things to accomplish. Baby was officially due in early September, weeks away. After a walk one night they stopped to chat with Sydney who was out in the yard watering flowers. It was a short growing season fraught with the dangers of hungry wildlife, so Sydney fussed over what beauty she had managed to cultivate in the barrels and pots scattered all over her porch and the steps leading up to it.

While they stood there, baby made a big kick, so Sydney dropped what she was doing and placed her hand on Haze’s stomach, waiting for more. “She’s going to be a dancer!” she exclaimed when she was rewarded with a big kick followed by a stretch. “Oh my goodness!” she squealed, catching movement with both hands. “It’s like holding a pumpkin with something big living inside of it!” she said, making them all laugh. Just then, Haze felt a big kick followed by a rush of fluid. They all stopped short and stared at the deck where a puddle was forming.

Sydney smiled from ear-to-ear and gave her a hug. “It sure did!”

Jake jumped to action. He and Sydney steered her to the bench on Sydney’s porch. “Okay, you sit here and I’ll go get the stopwatch.” He turned and disappeared through the hedge.

“It’s an app on his phone,” Haze said. “His phone is in his pocket.” They laughed. Then a pain hit. It was nothing like the false labor pains she had been experiencing. This was dramatically stronger and impossible to ignore.

Jake popped back through the hedge with his phone in his hand. He shrugged apologetically. “It’s on my phone.” Haze and Sydney exchanged a look. Another pain came on as sharp as the one before. “Okay,” Jake said looking at his app. “Tell me when it’s over.” He waited while Haze concentrated on breathing. When it stopped, he said, “That was a long one.”

Sydney said, “That wasn’t the first one. The first one was just minutes ago.”

“How many minutes ago?” he asked.

Then came another. Jake looked at his app. “That was only two minutes. Two minutes means we should already be at the hospital.” His cool demeanor was beginning to falter. “Okay, I’m gonna go get the suitcase and the car. Wait, the suitcase is in the car. I’m gonna go get the car and we’ll go. You two stay here and I’ll be right back.” He was patting his pockets for the car keys and running through the hedge at the same time.

Haze nodded, concentrating on her breathing. She had Sydney’s hand in a tight grip. Then there was a small break. Jake pulled up and opened the door of the car. He came over to help Haze walk the short distance off the porch. Sydney was on her other side. Haze made five steps before doubling over in pain.

Sydney leaned forward to catch Jake’s eye. “Change of plans. We’re going inside.” They held her up until the pain subsided. Then they turned around, heading through the doorway. She had another big pain before they made it to the nearest loveseat. Jake eased her down onto the cushions while Sydney scurried down the hallway to get towels. It was at the very next pain that she felt an urgent need to push.

Jake was trying to phone the hospital, but dropped the phone when Haze curled her body and began to push. The only thing left to do was to encourage and help. This was happening right here in Sydney’s living room and there was no stopping it. Minutes later, Jake was holding his newborn baby in his arms and Haze had fallen back onto the cushions, spent and relieved. The baby sputtered and then let out a lusty cry. Sydney held out a towel. With a big grin, she gently wrapped the baby and handed her to Haze’s open arms. “I knew I’d be right,” Sydney beamed. “It’s a girl!”

Jake crawled on his knees over to mother and baby. He swiped tears from his eyes. “She’s beautiful!” he exclaimed, and kissed them both. While the new parents marveled at the tiny life crying in their arms, Sydney got fresh towels and a sheet. Then, she propped Haze up with good pillows and went to fetch champagne to celebrate.

“You did it,” he replied, his eyes welling. He cleared his throat. “Amazing! My beautiful girls!” 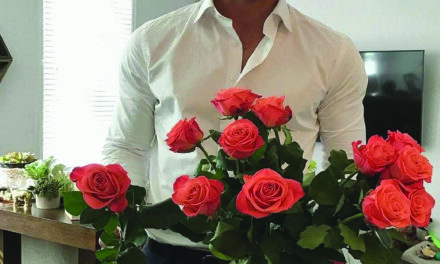 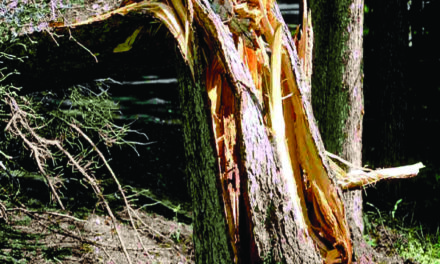