Recap of Chapter 25: Haze thought their leaf-peeping jaunt was just that, until suddenly Jake was on one knee, proposing. She couldn’t have been more surprised. And when she heard the story of how he pulled it all off, she loved him even more. Of course she said yes.

Haze couldn’t help but to stare at the ring on her finger. That is, when it was on her finger. She debated whether to wear it when creating art and ultimately decided to hang it around her neck for the messier things in life. She was well aware of it whether it was tucked away resting against her heart, or proudly perched on her left hand. And the very thought of it sparked giddy excitement. She was officially engaged to the best man she’d ever known outside of her dad. 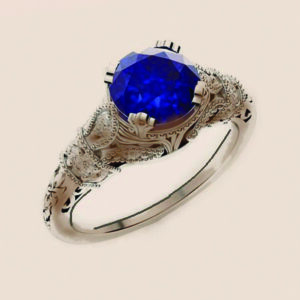 It was not lost on Haze that her own parents started their early life in this town, and she had moved here to capture some of their happiness. Now it looked like she would be following in their footsteps, starting her newlywed life right here in the same town within easy reach to the very fields where her parents picnicked; next to the very lake where they glided across the frozen surface in wintertime. She had a calming sense of purpose and direction that she hadn’t expected.

When telling the news, the obvious question that sprung up was, “Have you picked a date?” The first time that question was posed, Haze was surprised to hear Jake’s response.

“As soon as possible!” he’d said, grabbing her into his arms with a theatrical smooch on the cheek. That exchange happened at his dad’s house in front of all his siblings. Of course, Jessica’s recent backyard wedding was still fresh in everyone’s mind, and they naturally expected the same for Haze and Jake.

Jessica, who was starting to show, sidled up next to Haze. “So, I think I’m gonna have to take some credit for my brother’s sudden romantic impulse to drop a knee.”

Haze smiled. “Ya think?” They both giggled. “I wonder if he just didn’t want to be the last hold-out?”

Jessica regarded her for a moment. “You don’t really think that, do you?”

Jessica turned to face her. “Okay,” she began in a lecturing tone. “Now you’re gonna get a big dose of a hormonal twin sister, who is about to become your bossy, know-it-all yet favorite sister-in-law. Let me tell you a little bit about my brother. There is no one in this world who could sway him into acting on anything he didn’t want to do. If he elaborately planned a proposal, roped in a couple of store owners to help, and actually got down on one knee to ask you to marry him, he meant it. That he fumbled through his speech is forgivable because that’s just sweet.”

Haze hugged her. “It’s so true! The fumbling was the best part! Well, almost the best part.” She turned her hand and the sapphire twinkled in the setting sun. “This is pretty spectacular too!”

Jessica held up Haze’s hand to gaze at what was her mother’s favorite ring. “You know where this came from, don’t you?”

Haze shook her head. “It was given to Mom at the occasion of our birth. And it’s not just my mother’s ring. Dad gave it to her after he inherited it from his sister, who was the most gregarious, outlandish and probably the most inappropriate woman you’ll ever meet.”

Haze looked at her questioningly. “All that? I’m sorry I didn’t get to meet her.”

“Too true. She was a force to be reckoned with and funny! What a role model of an Auntie she was! We all adored her, but Jake especially. Her name was Maude, but she was really our own Auntie Mame, feather boas and all.”

“Really? Jake never told me about her.”

Haze smiled, realizing she’d landed on a truly great family when she aligned with Jake. “She reminds me of my neighbor, Sydney, the one who hosted your book launch. What a force to be reckoned with! And the stories… my God! I love that woman and so does Jake.”

“Oh, I remember. I only met her that one time and it was clear that she was an exceptional woman. That—and it is obvious that she has lived more and gathered more stories than you or I ever hope to.”

Jake joined them. “Every time I catch you two alone, I’m suspicious that you’re planning something that I may or may not be happy about.”

“Nothing nefarious going on here,” Jessica defended. “But, speaking about suspicious, I saw you and Dad and my Stanley in a huddle over there. What are you guys up to?”

Jake positioned himself behind Haze, wrapped his arms around her and pulled her in close. He bent so that his cheek touched hers. “Well, I was thinking, if you’re on board, that we could do something similar to what Jessica and Stan did.”

He swayed Haze in his arms. “You mean, get married here on this deck?”

“Yes, and also right away, before it’s too cold to enjoy it.”

She turned out of his embrace to face him. “You mean now, then. Right away.”

Jessica clapped her hands. “Yes! This is great!”

Haze wasn’t sure. It wasn’t usually done like that at all. In fact, she’d heard many accounts of wedding planning taking more than a year. How on earth could she pull it off so quickly? “How would that work?”

Jake had already ironed out all the details. “Well, it only takes a few days to get the marriage license, and the sisters could help with the rest. Maybe Sydney too.”

Jessica chimed in. “It’s true. We’ve just done it, so we know exactly what to do and how to get it all done. Oh, Haze, would you consider it?”

Haze looked at Jake and Jessica’s eager faces. Really there wasn’t much to consider. She loved this man and his family. She had no family of her own to give notice to or to wrangle into a big celebration. “Why not? Let’s do it!” Jake and Jessica grabbed her in a happy hug and announced that the wedding would be taking place in less than two weeks. Then the sisters and sisters-in-law rushed to gather around her, and everyone started scanning their phones for ideas and contacts. Jake was whisked away by the men for a celebratory shot of whiskey.

The next morning, Haze scrambled under the pass-thru, rushed onto Sydney’s porch and knocked at the door. Sydney appeared in the doorway wearing a black, long-sleeved shirt and purple yoga pants with a fringed pashmina draped around her hips, along with a sash covered in tiny gold coins. Her hair was pulled away from her face by a broad, colorful band. Festive Indian music played softly in the background and there was a subtle scent of incense wafting in the air. As Sydney ushered Haze inside, she removed brass zills from her fingers. They chimed melodiously as she set them on the table. The whole scene was in direct opposition to the panicked urgency Haze brought.

“I’m so glad to see you, Haze,” she said in a soothing voice. “I was just finishing up exercising. Belly dancing reminds me of my time in India and it is so great for the body and soul. I’m not good at it, but I try just the same. You’ll have to give it a whirl with me sometime.” She shook her hips, which set off the coins. “Plus, there’s that. Isn’t that sound sublime? I find it so rewarding.” She lifted her shoulders in a girlish shrug.

Haze was not at all surprised to find Sydney belly dancing. She had a proven track record of making everything she did look like an adventure. But there were more urgent things to discuss. She grabbed Sydney’s forearms to get her attention. “Sydney, I need you. I’m to be married in less than two weeks and I’m desperate for your help.”