Recap of Chapter 18: While tending to a sick Sydney, Haze learns details about her past that surprise her. In the mood to reminisce, Sydney shares her photo album full of her adventures around the world and confesses that she’s had only one true love.

Haze handed a bowl of chili to Jake, who was sitting on the couch with Crowley.

“Scoot over, Crowley,” she said, plopping down next to him. Crowley scrambled across Jake’s lap to settle on the other side, his head perched on a throw pillow.

“Yep. It’s my super-special, open five cans of beans and throw in some meat and spices recipe.”

“Nicely done. The onions and cheese and avocado toppings make it gourmet, though.”

“Absolutely! And don’t forget the little dollop of salsa. I know how to make shortcuts look good.”

“Yes, you do!” he said making exaggerated yummy sounds to make her laugh.

“You know, I had the most interesting conversation with Sydney the other day.”

“Oh, she’s good. All better. She was so subdued and nostalgic, though. It was a different side of her altogether.”

“Well, did you know she’d been married four times?”

“She showed me her photo album and there in the back were shots of her wedding to Harold. She married him when she was only 20 in this tiny ceremony at the consulate in Istanbul or someplace like that.”

“She said that he was her one true love. She was so sweet talking about him. You could tell she really loved him. She looked like a girl when she talked about him. And then she got serious and gave me advice.”

“What kind of advice?”

“She said… let me see if I remember.” She paused, trying to recall the exact words. “She said if I ever get the feeling of a ‘fizzy mixture of mystery and familiar comfort,’ to run, don’t walk, into that man’s arms.”

“Aw, that’s sweet,” Jake said, chasing the last of the chili around the bottom of the bowl.

Haze nudged him. “It made me think of you.” She smiled. “You know, I get that feeling with you.”

Jake smiled. “You get dizzy and mysterious?”

“That’s not it.” She pushed him playfully. “The words don’t really matter. I got what she meant. She was describing the feeling of finding home in the heart of another.” 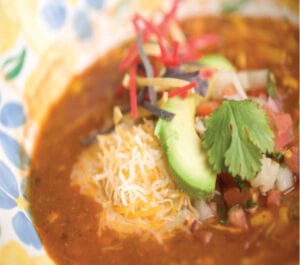 Jake nodded. “I think I’ve heard that before. Home is where the heart is.” Crowley pandered for attention, sitting up and nibbling on Jake’s ear. “I think this guy thinks home is where the dog is.” He wrestled him onto his lap and rubbed his belly. Eventually, Crowley had enough and trotted off.

“So, Sydney got all nostalgic with you. And she told you she got that fuzzy, fizzy, dizzy feeling four times?” He tickled her.

Laughing, Haze pushed his hands away. “I don’t think so. She said that Harold was her one and only true love.”

“What about the other three? I take it they never knew she was pining for Harvey?”

“Harold. His name was Harold. And I have no idea. We were talking about Harold because she loved him best.” She lay her head on his shoulder. “Like you love me. You love me best, don’t you?”

He scooped her onto his lap. “Yes. I love you the best! And if ever you died, I’d just move on three more times.” He kissed her.

“Oh, thank you. That’s very reassuring,” she said, sarcastically. “So, you’d happily move on if something happened to me? Just shrug and say, ‘oh well’ and go home with someone you met at the funeral?”

He laughed at that. “You’re not that easily replaced. That much I know. But it’s not quite the same because we’re not married.”

Haze was surprised by how that simple statement made her go still and silent. She paused before saying, “True, we are not.” She drew circles on his arm with her finger, swallowed hard and then braved the question. “Do you ever think about us that way?”

Jake looked into her eyes. “I think of us together all the time. But, if it’s marriage you’re asking about, the answer is no. I don’t picture us married.”

He squeezed her leg. “I love you, Haze. You’re my girl. But no, I don’t picture us married.”

Haze felt as if she’d been slapped. She extricated her limbs from his lap and sat upright and rigid.

“Wait, don’t be like that. I love you. I mean it when I say that. I do see a future with you, but I don’t believe in marriage.”

“You don’t believe in marriage? I don’t understand. I thought your mom and dad had a great marriage. And your siblings? Aren’t some of them married? None of those examples inspired you to want to get married yourself someday?”

“You’re upset, I can tell,” he said. “I don’t think you’re understanding what I’m trying to say here.”

“Oh, I hear you loud and clear. You love me but are not interested in taking the next step EVER. You didn’t think that the fact that you don’t believe in marriage might be something you would have revealed before now?”

“It hasn’t come up,” he countered. “And at no point did you say that marriage was the goal for dating me.”

Haze threw her hands up. “So, on our first date, while we were mopping up spilled margarita, I was supposed to smile and say, ‘I just want you to know that I’m shopping for a husband?’”

Jake rubbed his face in frustration. “No, I’m not saying that, but we’ve declared our love for each other and intertwined our lives up to this point and it hasn’t come up until today.”

Haze jumped to her feet, scooped their empty bowls, and stomped into the kitchen. “So, call me old-fashioned,” she shouted, “but I thought it was a thing that you might want to spring on me. Maybe, someday, because you were feeling it, you’d drop to one knee and—oh, I don’t know—propose?”

Jake joined her in the kitchen and leaned against the wall. He watched her back as she rinsed the bowls in the sink. Her body language was angry. Head down, rough movements, shoulders tensed.

He sighed before softly saying, “Not believing in marriage doesn’t mean I don’t believe in us. It doesn’t mean I don’t see you in my future.” He came closer and wrapped his arms around her. He reached out and turned off the faucet, capturing her wet hands in his. He whispered in her ear, “I love you, my Hazey girl. I love you beyond measure. I just can’t marry you.”

Haze slumped in defeat. Tears gathered in her eyes and spilled down her cheeks. A lump had formed in her throat. In a cracking voice, she challenged, “Can’t or won’t?”