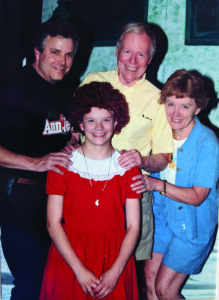 Katrina Glaser was raised in the mountain area, a third-generation Evergreen resident. She is the granddaughter of JoAnn Dunn, daughter of Karl and Laurie Atkinson. Her brother is Kevin Atkinson. Like any student coming of age, when Katrina was young, she explored outlets of expression and creativity and community. Her home had always been a musical one. “We took all sorts of music lessons growing up,” she said. “It was a very noisy and musical household.”

It was perhaps a little more musical than the average house. “Whenever we got together with my grandparents, we would do a family blessing—instead of a saying grace it was a song we would sing.”

Okay, it was a lot more musical than your average family. “Actually, one year on New Year’s Eve, Grandma remembered that she happened to have hand bells. So we all played Aude Lange Syne on the bells.” 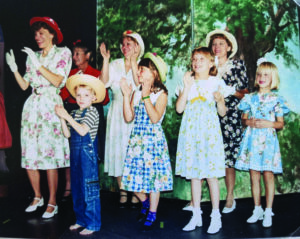 And if you’re thinking this sounds more like a family in a musical than in real life, you won’t be too surprised to learn: this family does musicals together. This fall, Katrina will appear in “Fiddler on the Roof” at Center Stage. And so will her mom. And so will her brother. “I auditioned first,” Katrina teased.

It’s not the first time they’ve all been on stage together, either. A few years ago, Katrina, her mother and her grandmother—later joined by Katrina’s brother—were all members of the Evergreen Chorale and sang together for two seasonal concerts.

So, Katrina came to musical theater honestly, having watched her grandparents and parents in the Evergreen Chorale—and hearing the stories about how it was thanks to the theater that her parents met. When Katrina was 6, her family convinced her to audition for a children’s role in “The King and I” at Center Stage. “That was when the bug bit, and then I ended up doing any show I could,” she said.

From then, Katrina would go on to sing in the Evergreen Children’s Chorale through eighth grade, then in her high school choirs. She held major roles in performances at Center Stage as well, including “Annie” and “The Wizard of Oz.” “Being a kid growing up in [musical theater], I knew that I was getting a great experience. There was—and is—so much opportunity and support from the community. When I was in the children’s chorale, we sold out every show, and it wasn’t just parents. There is so much support for the arts in Evergreen.”

Katrina and Kevin were part of the children’s chorale when a Broadway touring company of “Joseph and the Amazing Technicolor Dream Coat” came through Denver auditioning children’s choirs. “They ended up selecting us and we got to do a 16-performance run in Denver,” said Katrina. “And it was super fun because my brother was one of the youngest members at that point and I was one of the oldest. And we got to do it together.” 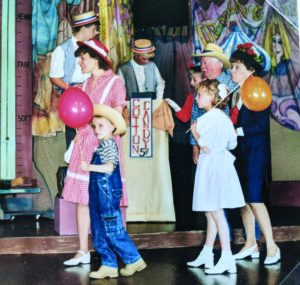 After school, Katrina went on to attend Saint Olaf College and was a member of their acclaimed choir. During her senior year, she participated in a national tour around the southeastern United States, performing at other colleges and churches. Music was destined to be a forever part of Katrina’s life—and so were the mountains. Once she graduated from college, Katrina returned to live in Conifer and teach in Evergreen.

“Now I see the confidence in the kids I teach who are doing musical theater—and that was something that had come naturally to me,” Katrina said, noting that the confidence she developed onstage proved very useful in other areas of life—and that’s not the only full circle in this story.

Remember how her parents met because of the Evergreen Chorale? “My mother was in ‘The Music Man’ back in the eighties, and my father saw her in the show,” Katrina explained. He found her attractive, there was an introduction, and the rest was history.

And then: “I was in ‘The Hunchback of Notre Dame,’” said Katrina. “Apparently, Ryan saw my performance in that show. He thought I was cute and was too nervous to talk to me. Later, we met online instead, and he realized I was the girl from the play he’d had a crush on!” Now, while Katrina and her family are onstage singing and dancing, Ryan Glaser, Katrina’s now husband, often works behind-the-scenes, running lights and sound, selling tickets and managing refreshments. It really is a whole family affair.

When you’re in a musical theater performance, Katrina said, “You feel like family with your cast. It feels like home. If you’re going into it as family from the beginning, it opens you up to a lot more creativity and you can act your heart out.”

Growing up in the theater world then built an even bigger family for Katrina than her nuclear one. “I always had a warm spot in my heart for children’s chorale because the director at the time, Elaine Sohrweid, was also my godmother,” she smiled. And it was the friends who were like family too. “Having chorale friends as a kid, I knew I wasn’t ever going to be lonely or on my own. I knew I had the support system of fellow youths who shared a passion for the arts. And they are people I still keep in touch with.”

To learn more about the Evergreen Children’s Chorale, visit evergreenchildrenschorale.com. 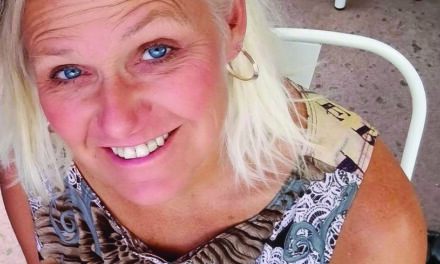 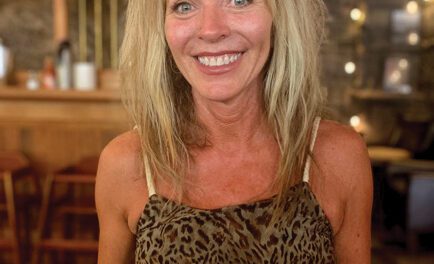