The Heart of a House of Stone

This story is a reprint from the April 2012 edition, with a few additions.

A stately stone house sits strategically on Evergreen Parkway (also known as Highway 74) between Squaw Pass Road and Highway 65 (the road you take to go to Soda Creek or Bergen Park). Prior to the mid-1990s, before the ‘new highway’ was built to circumvent Bergen Park, this stoic structure was somewhat obscure, with little information to be found about its past in the folklore of our area. The fabric of our tightly-knit community is woven with fibers of family ties and relationships that, when intertwined, form the rich history and heritage that surrounds us today. The story of what was known as the Rock House, now aptly named the Stone House, is a legend that, until now, lived in the hearts, memories and experiences of only a handful of Evergreen’s pioneer families.

Our illustrious forefathers are all well known within our community’s historical archives. Pioneers such as Darst Buchanan, a Tulsa oilman who lived in what is now the Hiwan Homestead and ranched over 22,000 acres that extended from Evergreen to Central City, Texas rancher Alfred Means, who purchased what we now know as Elk Meadow from Darst, and, of course, the prominent Homer Noble, who turned what was once relic ranch land into the Soda Creek development.

Buchanan, Means and Noble have left an impressive historical footprint upon our community, but it was Fred Blackmer, a former Jefferson County Commissioner and virtually unknown as an Evergreen pioneer, who ranched sacred land that is now esteemed property.

Fred inherited his 6,000-acre ranch from his parents. This historic ranch, aptly named the Blackmer Ranch, extended from Elk Meadow to Echo Lake, through Bergen Park to El Rancho and Soda Creek all the way to Central City. Fred was an amazing pioneer who loved his land, riding his prized horses, herding cattle and holding tightly to his western way of living throughout his life.

Fred moved his bride into the Blackmer’s original ranch house, which was located near what is now the main entrance to Soda Creek. Although the ranch house is long gone, the Blackmer’s grainery house remains intact and is visible on the scenic drive along Highway 65 through Soda Creek. Fred’s parents embarked upon a new career, opening a furniture store in Denver, and they moved down the hill with Fred’s two sisters.

Years into their marriage, Fred had saved enough money to build Elvera her dream house on the Blackmer homestead. He had wanted to gift his bride with the home when they were newlyweds. Although they had been wed for years, thrilled when their twin sons, Bill and Ted, were born on November 3, 1924, they must have felt newly-married when Fred presented Elvera with a home that was known as the Rock House to the community. However, between Fred and Elvera, it was always known as the Wedding House.

The Wedding House, now known as the Stone House, was lovingly built by Fred with his twin sons as his only assistants. Thoughtfully designed with gorgeous native stone throughout, Fred built his custom 5,400-square-foot home with breathtaking views of his prized pasture land, perfectly framed with many windows, including a beautiful large bay window found in the warm and inviting living room. Two massive native rock fireplaces reveal Fred’s stunning eye for detail and talent to work stone.

Jefferson County Open Space has presevered much of the Blackmer’s treasured meadows and outbuildings, which you might see daily and take for granted as you hike, bike or jog the trails of Elk Meadow. It’s unknown when Fred’s parents purchased their prized land, however Sherrine (Sherry) Marshall, Fred’s granddaughter by marriage, and her husband, Bob, an Evergreen native, share fond memories of the Blackmer Ranch and the impressive, strikingly handsome rancher.

“When my mother and father divorced, my mother fell in love with and married Fred and Elvera’s son, Ted,” Sherry shares, who was eight years old when Ted and her mother married. “Fred met Elvera, who was originally from Cripple Creek, Colorado, when she was living in Idaho Springs. She was a school teacher, and I was told Elvera also held a political office. I’m sure she captivated Fred’s interest not only for their mutual respect for education and politics, but Elvera was also known as one of the most beautiful women in the area.”

The 5-foot, 2-inch Elvera was petite and striking with raven black hair, dark eyes and high cheek bones, in contrast with Fred, who was 6-foot 4 inches tall, blond, blue-eyed and debonair. Of their twin boys Sherry reveals, “Ted and Bill attended Evergreen School, but Fred kept them very busy at the ranch, so they didn’t have time to participate in many school activities.”

Everett Elmgreen, whose family ranch bordered the Blackmer Ranch, recalls, “Fred’s son, Ted, was a year ahead of me in school, but we remained lifelong friends. Fred paid me to work for him while I was a kid, and I’d herd cattle, cut hay and do just about anything Fred asked. He was a rancher at heart, and he loved his family, his ranch and his horses.”

Sherry spent memorable moments with Fred and her mom in the Wedding House. She shares, “It took Fred and the twins about 10 years to build their Rock House. Fred was a contractor and did stone work, so he built, carved and created every square inch of the house. My brother, Manny, and I worked side by side during the construction of the Rock House, and our primary job was to clean the house of cement dust. When it was completed, the Rock House was beautiful both inside and out. Fred and Elvera created a very comfortable home with furniture and decorations that fit their love of ranching and the western way of life. I also remember the kitchen was always warm and inviting.”

Sherry’s husband, Bob, moved to Evergreen when he was in the second grade, and from the perspective of a little kid, Bob recalls Fred as being “a bit scary and very restrictive. He was a macho guy who loved to ride his horses, hunt, fish and work his ranch. My friend and I would always sneak onto the ranch as we liked fishing in one of his ponds that has now been restored beautifully as one of Hiwan Golf Club’s water traps. I remember Fred had his cattle spread about. Some summered at the top of what is now Squaw Pass at Echo Lake, and part of the herd was between Idaho Springs and Blackhawk in what was called Rattlesnake Flats. Fred and his boys enjoyed hunting, and I remember he mounted many of his trophies on the walls of the Rock House. When Sherry and I married and had children, he was always good to our kids and his other grandchildren.”

Sadly, after moving into her beloved Rock House, Elvera became chronically ill, requiring her to undergo a surgery where three-fourths of her stomach was removed. Her failing health robbed her of the strength to run her cherished household and keep the stone structure clean.

“Elvera never recovered from her surgery,” Sherry recalls, “and she remained frail and so very sick. She spent more and more time isolated in her bedroom. When World War II started, Ted joined the Navy and Bill the Army, and Fred lost his best ranch hands.”

Fred Blackmer valiantly labored and toiled to work his ranch. When the war ended, Ted and Bill returned to their historic home, but they did not share their father’s passion for ranching. Sherry confides, “Ted and Bill weren’t content as ranchers. Bill left Evergreen to pursue a career in Texas, selling cattle and other livestock as a broker. Ted became a construction supervisor for J&K Construction, and he also partnered with Everett Elmgreen and Jack Mills and started Idaho Springs Lumber. Ted ran the excavating side and Everett and Jack ran the lumber side of the business.”

Darst Buchanan, who was known throughout the country for his prize-winning Hereford cattle, looked to Evergreen to purchase prime ranch land. He was Federal Petroleum Coordinator under Harold Ickes in the Interior Department and became the American Petroleum Industry representative to the International Petroleum Congress in Paris in 1938. Darst purchased parcels of land as well as leased acreage that totaled 22,000 acres. Fred sold his beloved ranch to Darst and built a modest home directly across the street from the magnificent manor he built to honor his wife. He knew the quality of Elvera’s remaining years would be easier in a smaller, more manageable home.

Elvera lived out her life in the modest little home Fred built, and their little home now houses the offices of Blue Spruce for Humanity; a fitting organization that would have pleased Elvera and Fred to no end knowing families who need homes are finding their dreams from a home where they spent their last years together. Elvera died with her beloved husband at her side. Fred passed a short time later as a resident at Bear Creek Nursing Home in Morrison.

The Blackmers have been the only family to reside in their treasured Wedding House, a desire, Sherry revealed, that Fred and Elvera secretly shared. “I never knew why Fred and Elvera didn’t want anyone else to live in their Rock House.” Perhaps the Blackmers thought no one could love their Wedding House like they did, or know the depth of love that built a home out of stone, but their wish has remained as they desired for decades.

As Evergreen’s population grew and development of the land progressed, Homer Noble partnered with Ed Gaylord to acquire land for their Soda Creek Development. They transformed the Blackmer’s Wedding House into their real estate and land development office. Realtor Mary Clay Hiner started her real estate career with Gayno and Soda Creek Development, and the Stone House became her office from 1978 through 1982. Several years later, John Thompson, who pioneered the Promontory and Hiwan at the Ridge developments, utilized the Wedding House as his headquarters. The Wedding House remained a business enterprise, and Mary Clay Hiner and her partner purchased the house, restoring its past luster and naming the home-turned-into-commercial-business Stone House Real Estate.

In July of 2004, Colorado Serenity publisher Doug Kinzy bought the Stone House from Mary Clay Hiner and moved the Serenity offices into their new home. Then, after extensive interior remodeling, the Stone House Business Center opened with a dozen executive suites available for lease. The Stone House has remained a thriving center for commerce ever since, with many tenants enjoying its warm ambience, history and prominent location.

Although the Wedding House has never been a home to any other family, and in recent decades has housed businesses, the stately stone fireplaces are intact and the ambiance remains warm and inviting. Fred and Elvera would be proud to know Evergreen still treasures their stone structure that was built by hand as a labor of love. Their Wedding House has transitioned into a stone monument that is a lasting tribute to the Blackmer Ranch and their endearing love, now as legendary as the Stone House built by that love. And it’s fitting that it houses the Visitor’s Center for the Evergreen Area Chamber of Commerce, where people come from far and wide to get information on our beautiful area. 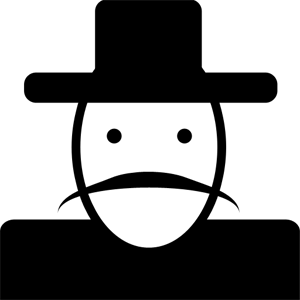