“I want a moment’s rest, a second of reflection. I want to pause and bask in something sweet.”

Any other time of year, break the rules, go on the adventure, carve a new path. When it comes to Christmastime, however, I am an ostentatious follower of holiday traditions. Yes, generally a more forward-thinking person, this time of year I root myself in What We’ve Always Done and am marked a traditionalist.

The other day in the car, I was in a political discussion with my third-grader, which is, of course, hilarious, but also incredibly eye-opening. When it comes to talking politics and social issues with my kids, I try to be the neutral party, letting them ask questions and come into their own ideas. She asked what “progressive” meant, a term that she’s heard, well, who knows where and in what context. Lover of words that I am, I leapt into literal meanings before attempting to explain cultural ones because semantics, if in doubt, is always a good place to start if you truly want to understand something. And regardless of what meaning you find this term infused with, the dictionary definition of progressive is: “(of a group, person, or idea) favoring or implementing social reform or new, liberal ideas.”

She said, “I think that’s good. I like new ideas.” What child doesn’t? When you’re 9, the world is open to you and everything is new and exciting and worth exploring. It’s a feeling I wish we could all hold onto.

I told my daughter that if we were going to discuss progressive thinking, we should also consider its counterpart, conservatism, because if we lose the ability to rationally compare and contrast, we have ceased to be thinking people. Conservative is defined as “averse to change or innovation and holding traditional values,” and the layman’s version I gave my child was, it means not forgetting the ways things have been done.

Her response was innocent. “I like that too,” she said, and added, “It’s good to honor what people have thought up before us.” Now we’ve reached the eye-opening part, and if you have not ceased to be a thinking person, you’ll get where I’m going with this real quick.

“Wouldn’t it be great,” I said to her, “if we could always find a little bit of both? If we could remember all the good that has come before us, and if we could also be a little more open to the new good that is coming?”

If I had to stab at the heart of the Advent season, my knife would land right here. I suppose the reason I hang onto holiday tradition is because I want, for the blink of an eye that is Christmas, to freeze time. I want a moment’s rest, a second of reflection. I want to pause and bask in something sweet. Under the twinkle of lights and the glow of candles, I want the darkness to fall away so that I can be left with whatever has been magical in the year that is almost over—before I start the new one.

Growing up every year, I insisted on watching the nineties version of “Miracle on 34th Street,” the one with the Kenny G montage all over uptown (that really makes no sense if you’re actually bopping around New York); the one with the old-fashioned taxis and the one where every character (including Dylan McDermott cast as the super-hot, good-hearted lawyer—hello!) has an extensive collection of beautiful coats and matching gloves. My siblings hated this movie. I cannot express to you the depth of their disdain and the chorus of complaints I would suffer through as each Thanksgiving, after the meal was cleared, I popped this into the VCR (and then, yes, later, the DVD player).

In preparation for writing this article, I polled a few friends about town for their favorite traditions. I couldn’t believe it when my friend Chris wrote back that this movie was at the top of her list too. “That movie gets me every time,” she said. “The way department stores used to be so great and [Elizabeth Perkins plays] this self-made successful single mom with a child who is so perfectly behaved. They have this fantastic apartment in NYC, and she even has pretty pajamas and sips a beautifully steaming cup while happily working late in her gorgeous white living room. And she pushes away a perfect man, but still gets him in the end!”

Somewhere deep inside of us, we’re hungry for the beauty of something that used to be, and we’re secretly dying for the happy ending. Every year, without fail, my family’s complaints would die down and turn into light-hearted joking, then silly banter, and by the end, we were all dancing and clapping along with the music while the whole of New York City cheered for a judge to declare a man Santa Claus simply because it’s important to have faith in something.

I’m not going to lie: Sometimes old ways are stifling. When you’re stuck between the middle of childhood and the top rung of adulthood, sometimes you’re dying to be taken seriously, to just have someone genuinely listen to your idea, without ridicule, even if it’s new. Whether or not you remember it, we’ve all found ourselves in an identity crisis wishing that we could find the clean slate of something fresh, a blank space to breathe a little easier and build up without the expectation of What We’ve Always Done.

But I also don’t want to join the rat race of the holiday season—or life—that denies our inherent human need to honor. If Christmastime becomes a sprint to the finish line and I’m just waiting for the calendar to flip over into what’s new, then I have rejected that precious, almost childlike notion that tucked into this year somewhere, there was a little bit of magic.

Another one of my friends told me, “I have a Christmas village that my dad started. We collected it together when I was a kid, and now he has given it to me to share with my children.” What is the perfect blend of new and old if not that? A little bit of magic, handed down from one generation to the next, and somehow, in those precious moments of building up and exploring something together, time stops.

“Every Christmas Day, we walk across the frozen Evergreen Lake.” A moment frozen in time.

“Every Christmas morning, we eat my grandmother’s omelette bake.” Something special, savored. 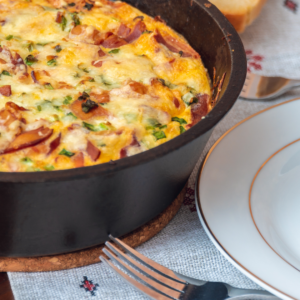 “We have a huge feast every Christmas Eve, and then we settle in as a family to watch ‘White Christmas.’” Reaching back in time and letting the past echo into the present—and the future.

In defense of tradition, and how it lends itself to what’s to come, may your Christmas be filled with all the cheesiest, most beautiful holiday traditions, and you find the magic in each and every one. 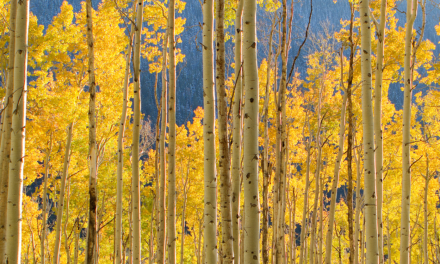 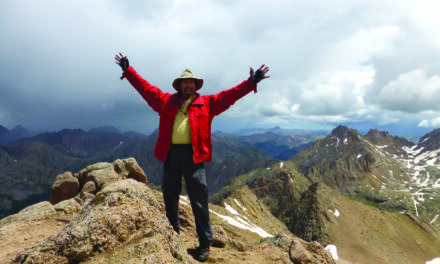 The Creative Dynamo in You 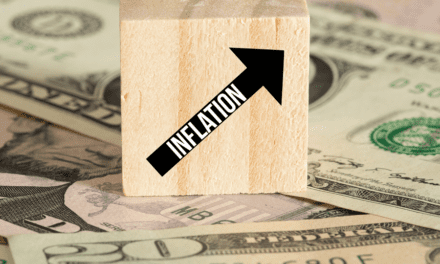