That’s too bad, because it’s a fine word. Go ahead; say it one time.

Yeah, that’s good talkin’. But in a highly competitive and hyper-dynamic language like English, even fine words have to continuously earn their keep or risk losing currency to the pack of new words forever gunning for a permanent place in the public mouth. On the other hand, and at the risk of offending the linguaphile lobby, its rough and tumble nature is precisely what makes English arguably the best language in the world.

Unlike many other languages, English has no controlling authority. France, for example, seats a council of 40 august “Immortals” who review new words and decide if they’re good enough to be French. Across Channel and pond, English is whatever we collectively say it is, so long as we say it a lot.

English is a “magpie language,” which is to say it has no shame, collecting words freely and perpetually from competing tongues. If the seeds of English, um, German-ated among the 5th century Angle and Saxon conquerors of Britain, about 80 percent of the entries in your 21st century dictionary are derived from Greek and Latin, and virtually no corner of the globe has failed to contribute to our wondrous wealth of wordage. From the Near East we cherry-picked Arabic words like coffee, candy and alcohol, and before disappearing from the face of the Earth, the long-departed Taino people of the Caribbean imparted words like barbecue, hammock, tobacco and cannibal. Echoes of Asia’s ancient Sanskrit can be heard daily in jungle and shampoo, bandana and Man.

Another reason for the English language’s mammoth glossary is its mammoth promotional apparatus. Roughly 400 million people speak English as their first language, it’s the second language for well over a billion, and all of them are constantly thinking up new things to say.

According to Global Language Monitor, the English vocabulary now stands at a shade over one million words, about twice the size of its nearest competitor, 500,000-word Cantonese. And English continues to grow at a rate of one new word every 98 minutes, or about 15 words a day. Recently minted English dictionary headings include contactless, dox, livestream, toyetic and womxn.

By way of comparison, Italian runs about 300,000 words, Spanish about 250,000, strictly-managed French roughly 100,000 and Swedish some 70,000. Boasting a mere 16,780 words, Esperanto was devised by a Polish ophthalmologist in 1887 as a more manageable bridge connecting linguistically diverse populations. The world’s smallest language is Toki Pona (self-translatable at Good Language) crafted by Canadian linguist Sonja Lang and first published online in 2001. With just 120 words, Toki Pona is also intended as a universal tongue, and can theoretically be mastered in as few as 30 hours, although 20 years later its fan base remains as thin as its dictionary.

With more than a million words to choose from, suffice it to say that whatever you’re trying to say, English has exactly the word you’re looking for. That said, you may be wondering why you’ve never hefted a 15-pound English dictionary. One reason is that not all words make the dictionary cut, including a whole bunch of professional jargon, technical language and scientific terminology not typically uttered in the layman’s realm. Pseudopseudohypoparathyroidism, for example, is a real disorder, but not one that’s apt to come up in casual conversation. And, for better or worse, there are no rules for the English language addressing how long—or short—a chemical name should be, which is why the proper name of protein titin is 189,819 letters long and takes three and a half hours to spit out. It’s genuine English, though, sure enough.

The longest non-technical word in the English language is floccinaucinihilipilification. It means “describing something as having little value.” The Oxford English Dictionary is pleased to include this jawbreaker among its pages. Merriam-Webster is not, which may help explain why the latest edition of Oxford holds about 270,000 entries compared to Merriam-Webster’s 75,000. Both tomes, however, are more than adequate in support of normal English discourse. Something like 170,000 words comprise what scholars consider current-use English, and the average native English speaker easily gets by on a working vocabulary of between 20,000 and 35,000 words. Purely as a matter of interest, most children know 5,000 words by the age of four, 10,000 words by the age of eight, and the vocabularies of women tend to be about 10 percent bigger than those of men.

Snollygoster used to mean “an unprincipled politician.” Now it doesn’t mean anything, at least not officially, because it was recently erased from English dictionaries for the blameless sin of being rarely used. That’s saying something, because dictionary publishers don’t like taking things out. The majority of them hold to the professional philosophy that dictionaries aren’t in the business of policing the language, but of impartially and dispassionately enumerating it. Dictionary editors prefer slapping an “archaic” or “obsolete” tag on old or disused words and leaving them be, a prudent practice that makes about a quarter of the OED more historical than practical. Perhaps more importantly, dictionary stewards know only too well that the moment they strike an entry, a small and not-at-all-dispassionate mob of English language buffs will notice and burn them in effigy for high crimes against the Mother Tongue. And it’s tough not to agree with the dialect defenders when browsing even a small sample of the excellent elocution that’s been unceremoniously lopped from the lingo. 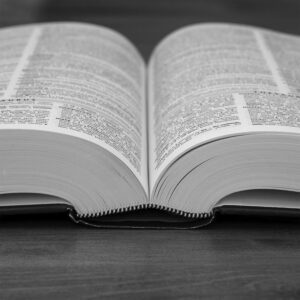 cellarhood (n.): the state of being a cellar.

constult (v.): to act stupidly together.

fard (v.): to paint the face with cosmetics.

gound (n.): the matter collecting in the corners of the eyes.

Fine words all. Okay, cellarhood is a bit of a stretch, but we all do our share of constulting now and then, and we deserve an officially recognized word to describe it when we do. And snollygoster? By all rights it should be the most-used word in the English language.